Travis Barker has been hospitalized due to pancreatitis, which doctors believe was triggered by a colonoscopy, TMZ reported Wednesday.

According to TMZ, multiple sources connected to the family say Barker’s hospitalization is connected to this condition, a swelling of the pancreas that causes nausea, stomach pain and vomiting. TMZ was told that Barker had the colonoscopy done recently.

Barker’s wife Kourtney Kardashian took Travis to West Hills hospital early Tuesday, and from there an ambulance transported him to Cedars-Sinai Medical Center in L.A. 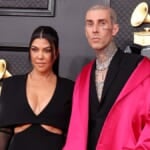 Daughter Alabama Barker posted a since-faded picture of her father resting in a hospital bed on her Instagram story. She asked her audience to “Please send prayers” via this Instagram post as well as a TikTok video. Travis himself tweeted “God save me.”

He also has a medical history of staph infection and cellulitis, a bacterial infection that can lead to inflammation and painful swelling. In 2018, a set of Blink-182’s Las Vegas residency shows were cancelled once Barker found out he had blood clots in his arms. In 2008, Barker survived a traumatic plane crash that killed six people, leaving him with third-degree burns all over his body.

Before they got married, Kardashian stayed by Barker’s side as he boarded his first flight after that crash. “With you anything is possible,” he wrote in the caption of his Instagram post marking the moment. Since 2008, Barker had refused to travel by plane. 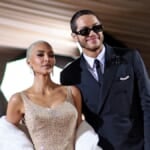