Rapper Travis Scott and his label Cactus Jack have signed a production deal with A24 to produce movies for the studio, an individual with knowledge told TheWrap on Monday. Scott also teased a mystery project that appears to be tied to his upcoming fourth album “Utopia.”

On Monday, Scott and the A24 social media channels shared an image of a stained and ragged script, and though all but an “IA” was blacked out from the title of the script, it also reads “by TRAVIS SCOTT.” And Scott’s Instagram caption the film is also connected to his album “Utopia.”

“Life is a movie. So is this album. @cactusjack and @a24 set out to bring amazing content for the future. Thru film and media. Starting with this,” Scott wrote on his Instagram. 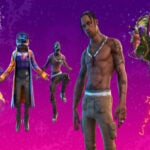 The script also says it’s a first draft and has the markings of both A24 and Scott’s record label Cactus Jack. And for good measure, A24 even modified its logo to be in the same cross shape design that Cactus Jack uses.

“Utopia” is Scott’s upcoming fourth album that will be released through Cactus Jack Records and Epic Records, and it’s his first studio album since his acclaimed, psychedelic rap and hip hop record from 2018, “Astroworld.”

Scott has been teasing the album for months and has even debuted at least one new single at Rolling Loud Fest in July that many have speculated could appear on the album. 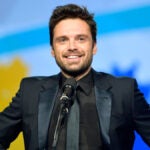 A24 declined to comment further on the nature of the project.

Scott has made waves with his innovative uses of technology and distributing his music, including performing a virtual concert through Fortnite that attracted 12 million viewers, and he also projected a QR code above the stadium when he performed his new single that included a presale link to purchase or download the track, even though it’s yet to be released.