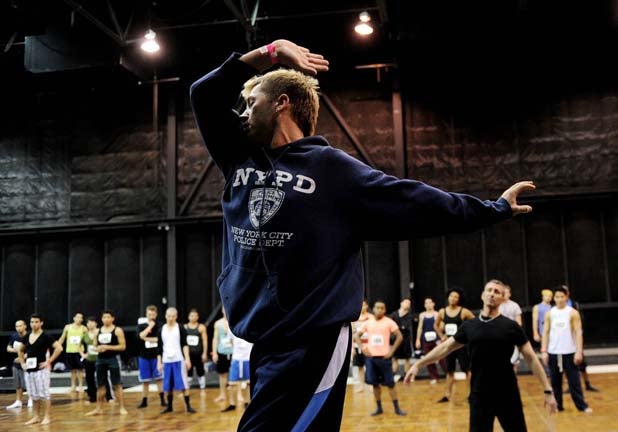 This story originally appeared in EmmyWrap: Secrets of the Comedy Ingenues.

Travis Wall has gone from reality show also-ran to Emmy nominee three times over thanks to lots of fancy footwork.

Wall was runner up on the second season of “So You Think You Can Dance” when he was 18. But he didn’t let that be his swan song. At 26, he is star choreographer for the show that launched his reality TV career.

“What I really like about him,” “SYTYCD” host Cat Deeley told TheWrap, “is he didn’t win the show, but he took what we gave him — we kind of elevated him to a position where he was put on a platform in front of the media and in front of the entertainment industry — and he learned from it. He learned from all the choreographers, learned from the experience and then moved forward with it and is now an Emmy-nominated choreographer himself.”

While Wall is humbled that Deeley calls him her favorite contestant who’s ever been on the show — “it’s awesome to hear,” he said — “SYTYCD” producers didn’t exactly welcome him back. Even though he’s choreographed movies and artists’ performances and run a sold-out tour with his dance company, Shaping Sound, he was initially turned down when he asked to choreograph for the show.

“When Season 3 came on I asked, when Season 4 came on I asked, and they were like, ‘Yeah, I don’t think you’re ready yet,'” Wall said. “I got the opportunity in Season 5 and I proved myself. Even after, in the seasons after that, every time I was asked I felt like I had to prove myself.”

He’s now proven enough to land Emmy choreography nominations in each of the last three years, two for “SYTYCD” and one for that other dance competition, “Dancing With the Stars.” But he doesn’t look at it as a case of look-how-far-I’ve- come.

“You kind of forget your progress on the show,” he said, “because you’ve been there for so long it just feels so natural.”