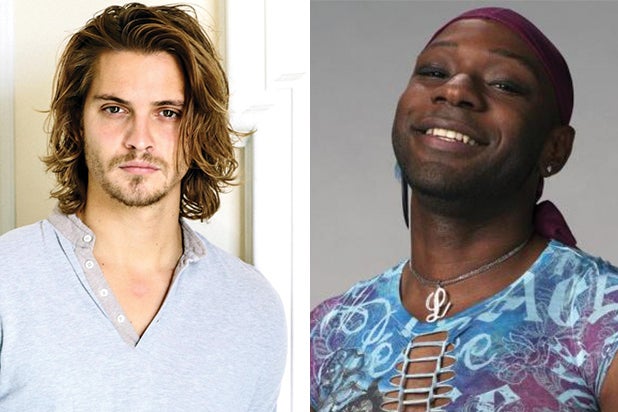 Nelsan Ellis has long portrayed one of the most popular characters on HBO’s “True Blood.” As Lafayette, he’s tough and totally unique. The character also happens to be gay. That last detail was purportedly too much for one of his co-stars, who quit over this season’s gay storylines.

Luke Grimes took on the role of James on the show, spending much of last season wooing fellow vampire ‘s Jessica. This season, though, James suddenly had a new face as Nathan Parsons took over the role.

A publicist for Grimes declined comment Tuesday. When he left the show, he issued a statement saying that he left over his feature film schedule, and that it had nothing to do with storylines. HBO said that his decision was due to “the creative direction of the character.” That direction became clear as the seventh and final season of “True Blood” started airing, and James was revealed to be bisexual, starting a relationship with Ellis’ Lafayette.

He said that a show like “True Blood” almost demands that its actors come in prepared to expect the unexpected. Created by Alan Ball, who is openly gay, the drama is known for its sexual content and LGBT characters and relationships.

“I’m supposed to do what my boss tells me to do, as an actor,” Ellis said. “I can’t approach a character with judgment. I certainly can’t tell my boss, ‘I can act what I want to act, but not what you tell me to act,’ especially on a show where you come in, knowing what it is.”