Former president Donald Trump begged on Friday to be credited for the COVID-19 vaccine rollout in America, which has largely taken place under his successor, President Joe Biden.

He released a wordy statement that read: “Isn’t it incredible that because of the vaccines, which I and my Administration came up with years ahead of schedule (despite the fact that everybody, including Fauci, said would never happen), that we no longer need masks, and yet our names are not even mentioned in what everybody is calling the modern day miracle of the vaccines?”

Later in the statement, he made a straight-up plea: “Just a mention please! The Biden Administration had zero to do with it.” 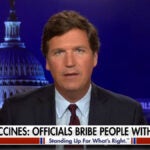 Trump, who was banned by Twitter in January on the grounds that his baseless claims that Biden stole the 2020 election incited the deadly Capitol riot, has been sending his statements via email for months. They tend to look just like the tweets he so infamously spent the last decade sending out to his ever-expanding followers list.

The former president has other ways of getting his messages out, however. In April, he appeared on Fox Business Network’s “Mornings With Maria” to call Biden “ungracious” and make his now-standard complaints about what he sees as his lack of credit for the American vaccination rate.

In January, the Biden administration said that the previous one had no vaccine distribution plan in place. Dr. Anthony Fauci, the director of the National Institute of Allergies and Infectious Diseases, said that, “We certainly are not starting from scratch because there is activity going on in the distribution.” As of this writing, 119 million people in the United States — or about 36% of the population — have been fully vaccinated.