Former President Donald Trump said in a new interview that not only is he prepared to sit for a deposition in his lawsuit against Twitter, Facebook and Google, but he wants to do it.

“I mean, I look forward to it, actually,” Trump told conservative media host Bill O’Reilly in a preview for a new interview out Thursday night. “I love talking about the election fraud.”

Since November 2020, Trump has pushed the baseless idea that the election was stolen from him by President Joe Biden. In January, some of Trump’s supporters took that claim so seriously that they stormed the U.S. Capitol in a riot that left five people dead. Trump was booted from major social media platforms shortly thereafter and sued them Wednesday as a result. 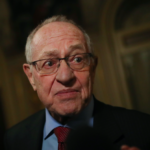 “Are your lawyers prepared, though, for the war? There will be a war. You know that. Are they prepared for it?” O’Reilly asked.

“Everything is a war. With me, life is a war. Yeah, we’re prepared and somebody had to do it,” Trump replied, claiming “everybody’s wanted” him to sue Twitter, Facebook and Google.

Trump also denied inciting the Capitol riot and went on to discuss his baseless conviction that there was widespread election fraud last November.

The interview was conducted for O’Reilly’s “No Spin News” platform, which he launched after being ousted from Fox News in 2017, weeks after The New York Times reported that he and Fox News had paid $13 million in settlements with numerous women who had accused him of sexual harassment. The news prompted an advertiser boycott that led to O’Reilly’s final episodes running almost commercial-free. After his departure, the Times revealed the existence of an additional O’Reilly settlement totaling $32 million — a deal the Times said Fox News’ parent company, 21st Century Fox, was aware of.

Watch a video clip from the show above.