Al Sharpton says Donald Trump is lying about being unaware that Nick Fuentes is a white nationalist when he recently met with him and Kanye “Ye” West, saying the former president was trying to back out of the controversy “Michael Jackson moonwalk” style.

The minister and host of MSNBC’s “PoliticsNation” appeared on “The Sunday Show With Jonathan Capehart” and shared his opinion on West inviting Trump to join him in a meeting with Fuentes, a Holocaust denier and white supremacist.

“Donald Trump is a former president. He still has Secret Service. The Secret Service screens who visits the former president,” Sharpton said, alluding to the idea that Trump’s team would ensure that he would know who he’s meeting with. Trump, West and Fuentes gathered for dinner on Nov. 22 for dinner at Trump’s Mar-a-Lago estate, a week after he announced his candidacy for the Republican nomination for president in 2024. 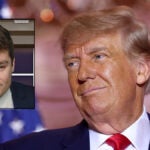 “When I’ve been around Barack Obama since he left the White House, you have to say who you’re bringing. Are you saying that this man is running for president again and doesn’t screen who he allows to come to the dinner table?” Sharpton went on.

During the meal, West said he asked Trump to be his vice president in his 2024 bid for the presidency. Trump claimed the dinner was “uneventful” and that he doesn’t know Fuentes.

“He knew who he was meeting with,” Sharpton said. “He knew the background and now he’s trying to, in many ways, do the Michael Jackson moonwalk when it does not apply.” 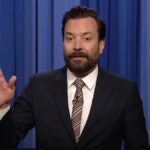