Donald Trump will be providing commentary for a boxing match on Saturday, and critics don’t think that’s where a former president should be on the 20th anniversary of Sept. 11.

Trump, and his son, Donald Trump Jr., have been hired to commentate on Triller’s upcoming boxing event, headlined by the Evander Holyfield-Vitor Belfort match. During a so-called “alternate telecast,” the two will provide commentary for all four of the scheduled Triller Fight Club matches, ESPN reported Tuesday.

NBC News’ Benjy Sarlin said it had “to be parody,” and criticism continued to pour in from other journalists and observers. 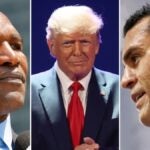 Reporter Scott Nover called the move “one of the purest distillations of Americana” he’d ever seen. Others were less generous. Dr. Jeffrey Guterman, a former counselor with a substantial following on his verified account, tweeted, “Trump and his idiot bastard son are calling a boxing match on the 20th anniversary of 9/11. No further comment.”

There was plenty of disbelief, but there was also anger. “While Biden plans to commemorate the 20th anniversary of 9/11 by visiting the 3 crash sites – Trump is charging $50 a pop to hear him & Don Jr gibber on boxing,” wrote one resistance account administrator.

Defector’s Dan McQuade called it a “weird stunt” while former FBI agent and current CNN analyst Asha Rangappa asked, “How many levels of dumb are there? Is it like hell? Are there more than nine?? Because we keep going lower and I need to know when it ends.” 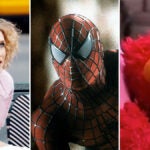 Also Read:
Movies, TV Shows and Games That Were Altered After 9/11 (Photos)

“I’m old enough to remember when Donald Trump bragged he now had the tallest tower in NYC after terrorists flew planes into the World Trade Center. Who is going to pay him 50 bucks to listen to his carny barker act?” wondered another activist.

The Trumps’ fight commentary will be one of two options for people shelling out $49.95 to watch 58-year-old Holyfield and 44-year-old Vitor Belfort beat each other up. Longtime HBO fight commentator Jim Lampley will call the official telecast alongside former welterweight world champion Shawn Porter. Either way, the event will stream on FITE.TV.

Trump has repeatedly said, without evidence, that he brought a group of people with him to Ground Zero in a cleanup and recovery effort. Shortly after the attacks, which leveled the twin towers of New York’s World Trade Center, he remarked on live television that he now owned the tallest building in lower Manhattan.