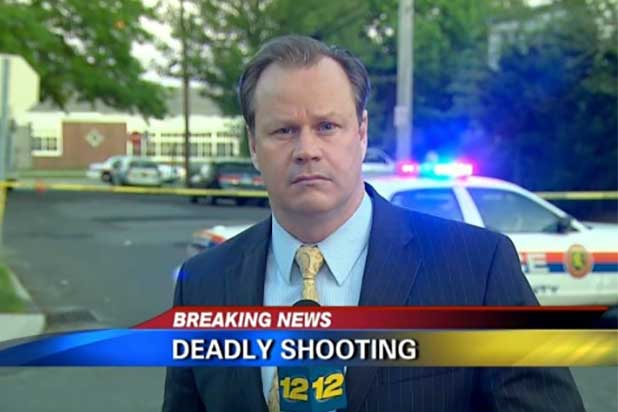 Sean Bergin, the New Jersey TV reporter who was suspended on Tuesday after commenting on air about the link between crime and fatherless young black men,” has quit after receiving what he described as a “demotion.”

“They offered me one day of work a week doing only light features, and no hard news,” Bergin, a News 12 correspondent, told TheBlaze. “It was only about $300-a-week — who can survive on that?”

Bergin found himself in the professional predicament after taking a personal stand against “the anti-cop mentality that has so contaminated America’s inner cities” when covering the shooting of Jersey City Police Officer Melvin Santiago.

“The underlying cause for all of this, of course, young black men growing up without fathers,” Bergin told viewers. “Unfortunately, no one in the news media has the courage to touch that subject.”

See video: Morgan Freeman Says Not to Make Race A ‘Bigger Issue Than It Needs to Be’

The station told TheWrap on Tuesday “that reporters must be objective and not state personal opinions on-air.”

Bergin admitted he “broke the rules” when talking about his decision to leave the station, but insisted he was doing “the right thing.”

“You can’t fix a problem if you don’t talk about the problem,” Bergin said. “The truth is, 73 percent of African-American children grow up without fathers. It’s a topic that needs to be handled delicately — and really, this situation could have been used as a way to explore that.”

The conversation, Bergin added, isn’t possible thanks to “stark raving liberals who masquerade as journalists.”

Watch Bergin deliver the monologue that led to unemployment, below: