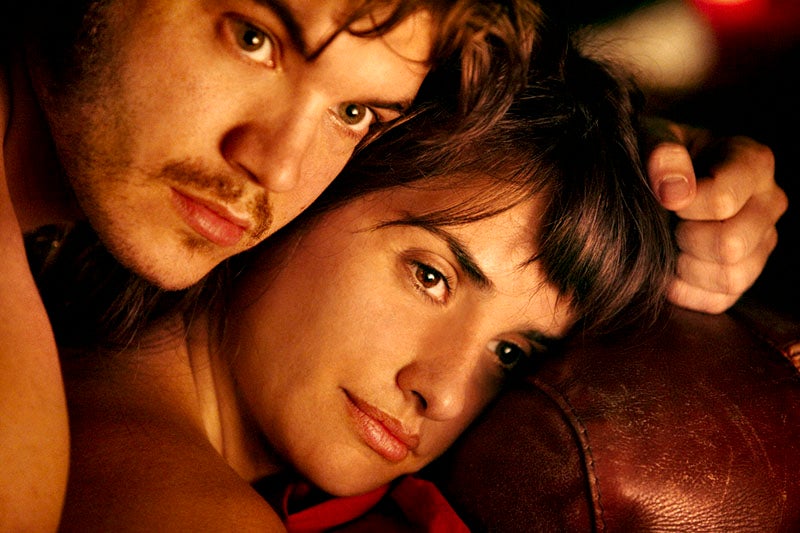 If there was an Academy Award for tragedy appropriation, “Twice Born” would be 2013’s front-runner. The story of two dingbats who inexplicably fall for each other while Sarajevo disintegrates around them, Sergio Castellitto’s film projects a tumultuous love story against the backdrop of the Bosnian War for independence, and then seems unaware that the foreground overshadows it in the worst possible way.

in flashback, the film stars Penélope Cruz as Gemma, who brings her son Pietro (Pietro Castellitto) to Sarajevo to see photographs taken by his long-deceased father Diego (Emile Hirsch). Despite her hopes that the trip will heal a growing estrangement with Pietro, Gemma soon retreats into her memories of Diego, remembering how they met on the eve of her marriage to another man but helplessly fell in love anyway.

Gemma goes through with the wedding, but one dispassionate glance between her and her husband later, she is divorced and back in Diego’s arms — much to the delight of her father Armando (Luca de Filippo). But their hopes of having a child together are dashed when Gemma learns she’s barren, prompting them to recruit a musician named Aska (Saadet Aksoy) as their surrogate mother.

As Sarajevo comes crumbling down around them, Gemma and Diego attempt to flee to her native Italy, hoping to raise Pietro safely and to leave behind the struggles of both their relationship and the country. But as their trip reunites Gemma with old acquaintances like Gojco (Adnan Haskovic), who once shared in the couple’s triumphs and tribulations, she soon realizes that there’s even more to the story of their survival than she knew, and much more to heal than just her relationship with Pietro.

Like the film’s depiction of the war in Sarajevo, the two characters at the center of this love story are thinly drawn and lack any larger real-world context. While bombs symbolically explode Kurt Cobain posters, Gemma and Diego seem to do little else than talk about having a baby, and both events beg the same question – why?

Admittedly, Diego has a day job — posing with his hand wrapped around a camera lens in the guise of a “great” photographer — but Gemma literally has no identity except through Pietro’s existence,  even before he exists. Meanwhile, a tragic war unfolds in the background of these scenes, but the complexity of its purpose or politics amounts to “bombs are bad,” and it only becomes significant when it intersects with the machinery of Castellitto’s story. (The filmmaker is best known in the U.S. for his work as an actor in films like “The Chronicles of Narnia: Prince Caspian” and “The Star Maker.”)

Cruz does her best to bring to life a dimensionless character whose sole value in the world is derived from the children she raises, but Gemma never self-actualizes as the mom she hoped to be, nor resolves her pointlessly volatile relationship with Pietro. As Diego, Hirsch feels like the last man on earth who still thinks that “every day will be a party” is an appealing lifestyle, and the young actor acquiesces readily to using a totally clichéd kind of unpredictability as a defining trait.

Ultimately, their characters bellow and whinny with outrage at what’s going on around them, and there’s mention given to handing over money to help the less fortunate. But the only thing either of them really do is indulge themselves, absorbing the tragedy around them as a secondary undercurrent for all the pain they’re feeling from having a lover’s quarrel, or ending another conversation about wanting a baby without an actionable plan to engineer a child.

Suffice it to say “Twice Born” underwhelms with its drama, but at more than two hours in length, and featuring a third-act “twist” that abruptly shifts focus away from Gemma and Diego to actual victims of the war, it’s an overbearing mess.