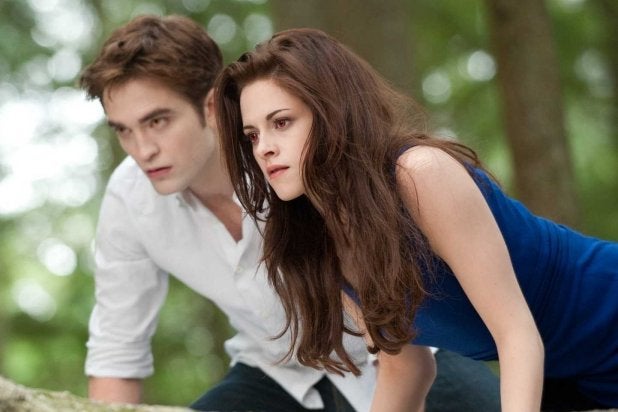 “Twilight” fans have had to settle for rereading Stephenie Meyer’s books and rewatching the five films in the franchise to get their regular fix, but there is new content on the way for Twi-hards. Meyer has partnered with Lions Gate and Facebook to bring five new short films featuring “Twilight” characters to the screen.

“We think Facebook is a great way for us to introduce the world of ‘Twilight’ to a whole new audience while re-energizing existing fans,” Michael Burns, Lions Gate’s vice chairman, told The New York Times.

See photos: ‘The 100’ Reveals More of Mount Weather in First Look at Season 2

They will create short films based on existing “Twilight characters, but these films will not star any of the actors from the feature films. Lions Gate and its production partners will finance the films, and then they will be released exclusively on Facebook in 2015.

Burns said of this initiative, “This is just the beginning — a template, if you will. You can probably guess what might be coming next.” He didn’t elaborate, but considering is coming to a close soon, could there be short films in Panem’s future as well?

This news comes a day after The Weinstein Company announced that it would be releasing its upcoming sequel to “Crouching Tiger, Hidden Dragon” simultaneously on Netflix and some IMAX theaters. In response, several theater chains were quick to indicate that they would not be carrying the film.