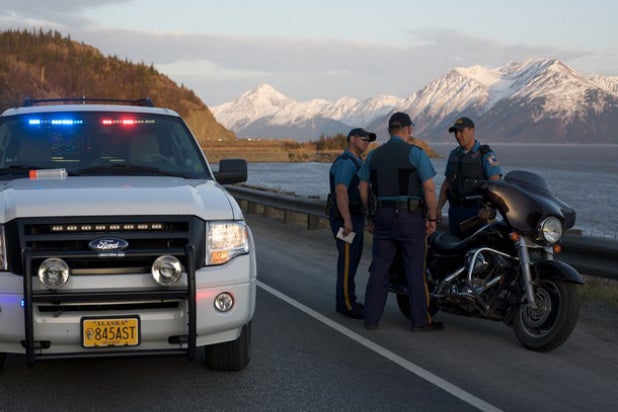 The National Geographic Channel is planning a special tribute on next week’s season premiere of “Alaska State Troopers” for two troopers who were shot and killed in the line of duty Thursday.

“We are definitely going to do something in our premiere next Thursday to honor their memory,”  a network spokesperson told TheWrap.

“We haven’t quite narrowed down what — we’re going to talk to the troopers and everybody to figure out what’s most appropriate.”

Trooper Gabriel “Gabe” Rich and Sgt. Patrick “Scott” Johnson had appeared on several episodes of “Alaska State Troopers,” but were not currently filming and no camera crews were with them at the time of the incident. The Nat Geo rep also said Rich and Johnson are almost certainly not in any episodes for the upcoming or future seasons.

The network decided to pull previous episodes where Rich and Johnson had been featured for the next few weeks.

“We’ll air them again at some point, but we pulled them for the moment from our schedule … out of respect for the families,” the representative said.

There is a precedent for such a decision, he added.

“This happened in 2013. There was a helicopter crash, and the troopers actually asked us to pull the episode that the Trooper was in for a couple weeks out of respect for the family, so we just proactively did it this time,” the spokesperson said.

“National Geographic Channel is incredibly saddened to learn of the loss of two Alaska State Troopers yesterday in the village of Tanana, Alaska,” the network said in a statement Friday.

“We have a long and proud association with the troopers, and consider them a member of our extended channel family. We send our deepest condolences to their families and the entire Alaska State Trooper force.”

Local reports from the remote Alaska town said authorities have one suspect in custody.