“A Jazzman’s Blues” was a movie adventure 27 years in the making for Tyler Perry, who wrote the screenplay in 1995, the first ever for the prodigious writer-director-actor-magnate. After the project stalled in the mid-2000s, cameras finally started rolling last year in Savannah, Georgia. And in 2022, the sprawling, music-filled Southern Gothic romance of Perry’s dreams was born.

“A Jazzman’s Blues” tells the story of Bayou (Boone) and Leanne (Pfeiffer), who get caught up in the tempest of jazz, secrets, family abuse, and institutional racism. “I was 26 or 27 with great ambition and a lot of time,” Perry said. “Growing up in rural Louisiana, I know these people very well, my grandfather actually owned a juke joint… This world, these people, their stories, their voices. There were people in my family, on my mother’s side, who were passing. So all of this world was already in me, in my DNA. And it just flooded out of me.”

“It took all of those years of film and television and owning a studio and having tons of people working for me, learning all of those things, to get to this place,” he added.

The cast, many of them screen newcomers, were eager to get on board for the Netflix film, which premieres on Sept. 23. 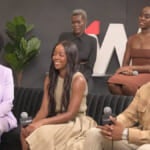 Also Read:
Viola Davis on the Long Journey of ‘The Woman King': ‘To Finally Get It Made…Was Close to a Miracle’

“New Amsterdam” star Eggold, probably one of the more famous faces in the company, was happy to collaborate again with Perry, after appearing in Perry’s 2014 film “The Single Moms Club.” “The first time was a disaster,” he joked. “No, I had an amazing experience and was surprised by his warmth and generosity. This script was beautiful. It has these really dynamic characters and themes. It allowed me to ask my mom and grandparents about history in my own family.”

Boone, also armed with an impressive theater background including the Tupac Shakur musical “Holler If Ya Hear Me” was thrilled to embody Bayou, the movie’s emotionally conflicted lead: “As a Black man, I knew it was something I could not pass up. The journey, the themes, the soft love, the hard love and all the love in between. I’m just grateful to be here and be a part of the film.”

Perry added that the film’s jazz is key. “I would sneak out late at night to my grandfather’s juke joint and look in the window and watch everyone having a really good time,” he said. “It was a place of release, and you could really let go and let the music take your body. It was very important to me that the characters got a chance to have their safe place.”

For the full conversation about “A Jazzman’s Blues,” click on the video above. 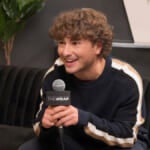 Also Read:
Why the Star of Steven Spielberg’s ‘The Fabelmans’ Couldn’t Help But Be ‘Intimidated’ by His Role (Video)
x