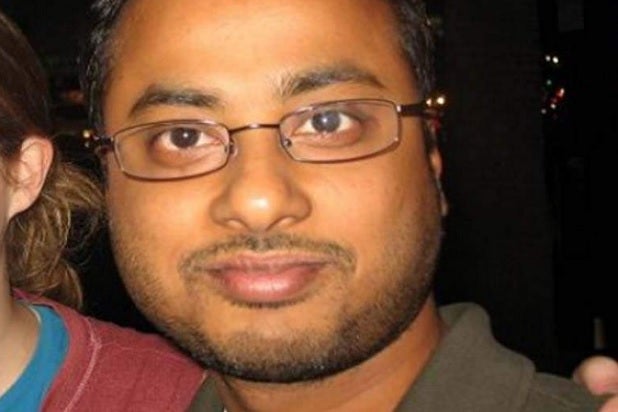 UPDATED at 8 p.m PT: Officials in Hennepin County, Minneapolis, said Thursday that the female victim, Ashley Hasti, and Mainak Sarkar were married on June 14, 2011, but it is unclear if they were still married at the time of their deaths.

Disturbing new details emerged Thursday on Mainak Sarkar, the man who killed a UCLA professor and then himself in one of the school’s engineering buildings a day earlier.

Authorities say Sarkar killed Prof. William S. Klug with a handgun in Klug’s Boelter Hall office on Wednesday, prompting them to place the school on lockdown for two hours.

Sarkar is listed as a member of Klug’s research group, which focused on computation biomechanics. According to the group’s website, Sarkar had worked with Klug since 2006. In Sarkar’s 2013 doctoral dissertation, he even thanked Klug for his support during his time at UCLA.

According to LAPD chief Charlie Beck, Sarkar accused Klug of stealing computer code Sarkar had created and giving it to another student.

In a blog post said to be written by Sarkar, the 38-year-old said, “William Klug, UCLA professor is not the kind of person when you think of a professor. He is a very sick person. I urge every new student coming to UCLA to stay away from this guy,” he wrote. “He made me really sick. Your enemy is your enemy. But your friend can do a lot more harm. Be careful about whom you trust.”

When authorities searched Sarkar’s Minnesota home following his death, they found a paper containing names that an LAPD spokesperson described as a “kill list.” Klug’s name was on the list, along with another unidentified UCLA professor who was unharmed and whom CNN reports was not on campus Wednesday. However, a Minnesota woman on the list was found dead in her home with a gunshot wound by authorities dispatched to check on her. Her identity has not yet been disclosed.

According to law enforcement, Sarkar drove from his home in Minnesota to Los Angeles armed with two handguns and copious ammunition a day or so prior to the UCLA shooting. Police are still searching for the car, a gray Nissan Sentra bearing Minnesota license plate 720KTW. They do not believe the car poses any danger, but caution citizens to report if they see it.

While it is not known at this time if Sarkar suffered from a mental illness, a LAPD spokesperson said it was “definitely a possibility.”