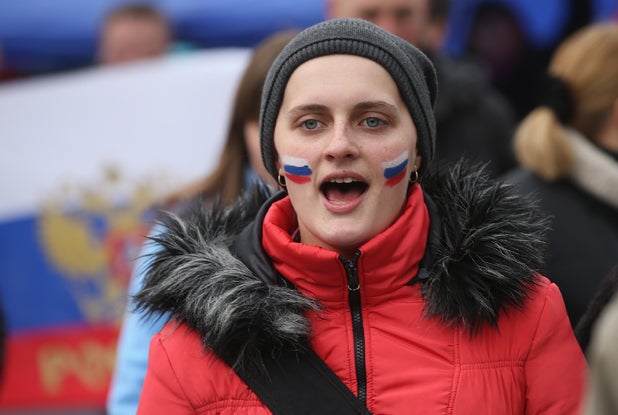 The political crisis in the Ukraine could be disastrous for the U.S. film industry, which is already feeling the financial fallout from the bloody fissure in the former Soviet republic.

Hollywood producers, financiers and sales executives told TheWrap they expect to lose millions from the ongoing turmoil, which is heightening tensions between the U.S. and Russia weeks before the annual Cannes film market.

The West has accused Russia of fomenting discord, and distributors, fearful of sanctions and general economic unrest, are offering 30 to 60 percent less for the rights to American movies.

Some Russian distributors are attempting to renegotiate past deals, according to IM Global CEO Stuart Ford, while others can’t even buy movies if they want to. This has everyone concerned headed into Cannes, one of the most important film markets in the world.

“We were in negotiations with the two largest Russian distribution companies, and they both asked us to put everything on hold because of directives they received,” Richard Rionda, CEO of Hannibal Pictures, told TheWrap.

Russia is an important market to Hollywood, while the Ukraine is a smaller one. On Monday, the U.S. government announced sanctions against seven top Russian officials with ties to Russian President Vladimir Putin. The European Union is also contemplating sanctions against Russia.

Also read: John McCain Calls Russia ‘A Gas Station Run by a Mafia That Is Masquerading as a Country’ (Video)

“It’s disastrous,” Lisa Wilson, co-founder of the Solution Entertainment Group, told TheWrap. “There’s one distributor who is actually based in the Ukraine, and the others are not based in the Ukraine. But we’ve been getting, ‘I can’t pay it because of the war.'”

The political crisis has destabilized an already flagging Russian economy. The country was suffering from stagflation, a mix of stagnant growth and high inflation, and the various new pressures have prompted ratings agencies to cut the value of Russia’s debt, hurt its stock market and decreased the value of its currency. Money is flying out of the country, which stands on the brink of recession.

“The economy in Russia is not as strong as everyone thinks it is,” producer Avi Lerner told TheWrap. “It’s based on a very small percentage of oligarchs and very rich people. Most people have no money. That’s a problem.”

Lerner said he was making 30 percent less money from his deals in Russia, but, he insisted, the deals will not stop. Russian distributors are still interested in movies, they just won’t pay as much.

“The big issue is that because of the situation in the Ukraine, the Russian government may ban foreign movies as retaliation for the many sanctions they will be facing,” Rionda said. “Outside of that, it’s pretty clear people are eager to secure additional films for their line-up.”