It’s a tale as old as time: Mark Wahlberg meets Tom Holland at a bar, they hit it off and then go on a whirlwind treasure hunt. OK, so maybe not a tale quite as old as time, but it’s certainly a nice meet-cute in Sony’s first trailer for “Uncharted,” the film adaptation of the PlayStation video game by Naughty Dog, from “Venom” director Ruben Fleischer.

Holland stars as street-smart Nathan Drake, who’s working as a bartender until he teams up with Wahlberg’s Victor “Sully” Sullivan to hunt down “the greatest treasure never found” while also tracking clues that may lead to Nathan’s long-lost brother, Sam. The film promises to be full of action as Holland repurposes his “Spider-Man” skills to swing through insane chandeliers, fall out of a plane and climb back into said plane by scaling a makeshift cargo ladder.

It’s clearly going to be a physically taxing hunt, but that’s OK for Nathan. “I’ve been dreaming about this stuff since I was a kid,” his voiceover says.

You can watch the full trailer for “Uncharted” in the video above. 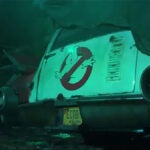 Also co-starring in “Uncharted” are Antonio Banderas, who appears to be particularly menacing, Sophia Ali and Tati Gabrielle.

“Uncharted” was launched in 2007 with the Playstation 3 game “Uncharted: Drake’s Fortune,” which spawned two sequels, “Among Thieves” in 2009 and “Drake’s Deception” in 2011. After the launch of the Playstation 4, a final installment in the series, “A Thief’s End,” was released in 2016 with a spinoff, “The Lost Legacy” being released the following year and featuring Drake’s companion, Chloe Frazer.

The “Uncharted” film adaptation has been in development and been delayed for years, with Fleischer being the seventh filmmaker tackling the action-adventure project and Wahlberg at one point being attached to star as Nathan. 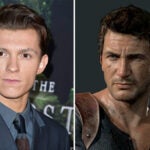