The upcoming Season 2 premiere of “United States of Al” was rewritten to address the situation in Afghanistan following the recent withdrawal of U.S. troops, CBS president Kelly Kahl told reporters during the network’s Television Critics Association presentation on Thursday.

“Chuck Lorre and his gifted team of writers and actors — some of whom are veterans, some natives of Afghanistan, some with deep ties to the country — have been working hard to find the appropriate tone as the show moves forward,” Kahl said. “I can share that the team penned an entirely new first episode that will address current events. It’s shooting right now.”

“United States of Al” stars Parker Young as Riley, a Marine combat veteran struggling to readjust to civilian life in Ohio, and Adhir Kalyan as the interpreter who served with Riley’s unit in Afghanistan and who has just arrived to start a new life in America. The show’s second season is set to premiere on Oct. 7.

“We’ve read the script and seeing the table read, I believe it will be a very powerful, moving episode of television, which I expect everyone involved will be very proud,” Kahl said. 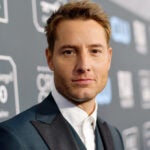 “United States of Al” has faced criticism in the past for its representation of Afghanistan and Afghan characters, particularly due to the fact that Kalyan is Indian South African. Executive producer Reza Aslan defended the show on Twitter back in March, citing the show’s other cast members and writers with connections to Afghanistan.

“It’s actually quite fortunate. Because it’s my show I can make sure that it is written and produced by Afghans and Muslims,” he said at the time. “That it uses the format to reframe the perception that people have of both. That it portrays a Muslim Afghan protagonist in a true and honest light.”