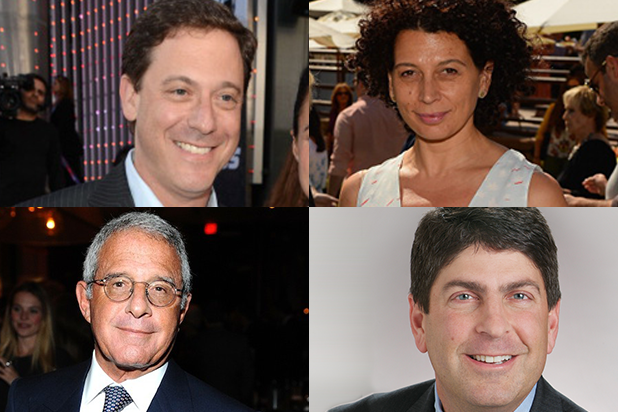 It took him three years to do it, but Steve Burke finally put his stamp on Universal Studios on Monday, ousting studio chair Adam Fogelson, promoting Donna Langley and installing longtime loyal lieutenant Jeff Shell to watch the bottom line.

“Steve Burke wanted his guys there … there was no room for Adam,” an executive with knowledge of Universal’s thinking told TheWrap.

In retrospect, it appears Shell may have been quietly groomed for the post that Ron Meyer is vacating: Though his background is primarily television, Shell was moved to London in 2011 to run Universal’s overseas operations, including international theatrical distribution and marketing. Analysts and observers say Shell is part of Comcast’s inner circle who is well-regarded throughout the cable industry.

“Jeff Shell has certainly proven his loyalty,” Larry Gerbrandt, a consultant and analyst at Media Valuation Partners, said. “He’s very effective and more important, trusted. They’ve moved him around a lot and he’s excelled at every job he’s been given.”

In another move that surprised observers, Donna Langley was promoted to run film production. Langley had been considered the vulnerable one as Universal struggled immediately after the sale — but now it’s her show, with the shadow of Fogelson gone (along with that pesky “co” in her chairman title).

“They love the way Donna makes movies,” the executive said, adding that Shell was tapped because “they wanted a real business executive who can position the studio for the future.”

And as had been expected for months, Meyer will serve as an ambassador to Hollywood power elite ‘as NBCUniversal’s vice chairman. Meyer, socializes with movie stars and friends like Steven Spielberg and David Geffen, was not kicked upstairs, an executive with knowledge of Universal’s thinking told TheWrap — rather, he will continue to be involved in the running of the film company.

Though Fogelson was publicly affable and more charismatic than the average studio head, he could also be arrogant and abrasive. But he leaves on a high note: he has overseen such recent smashes as “Identity Thief,” “Les Miserables” and “Despicable Me 2” and just last month helped the studio shatter its international box office records.

The corporate juggling came as Fogelson appeared to be finally hitting his stride. After taking the reins in 2009, Fogelson had to endure a punishing series of flops like “Scott Pilgrim Vs. the World” and “Green Zone,” many of them greenlit under a previous regime.

Yet he helped the studio rebound nicely, as this summer testifies. The studio had some of its biggest hits in recent months with “Fast & Furious 6” and “Despicable Me. 2,” which grossed $787.9 million and $832.7 million respectively. Only “R.I.P.D.,” which grossed half of its $130 million budget, was a reminder of the dark old days.

Still, the studio’s future is linked to hoped-for franchises like “Fifty Shades of Grey,” which is being shepherded by Langley.

After more or less leaving Universal unmolested while it focused on strengthening ratings-challenged NBC, Comcast and Burke have now reshaped their film arm much as they initially overhauled their television division. The changes here were milder than the shakeups that led to the ousters of top TV executives Jeff Gaspin and Jeff Zucker and the hiring of former Showtime president of programming Bob Greenblatt to head up NBC broadcast network.

Shell, who is intimately familiar with the cable business from his various posts at Comcast and who helped manage overseas distribution and marketing for films as president of NBCUniversal International, may be uniquely positioned to succeed as the industry becomes more dependent on foreign markets.

“Having an extensive background in television is very helpful these days, because the movie business and the television business have converged in a lot of ways,” Hal Vogel, a media analyst and CEO of Vogel Capital Management, said. “International experience is also important because with a large percentage of film revenue coming from foreign film markets it helps to have someone who knows the international scene and feels comfortable with it.”