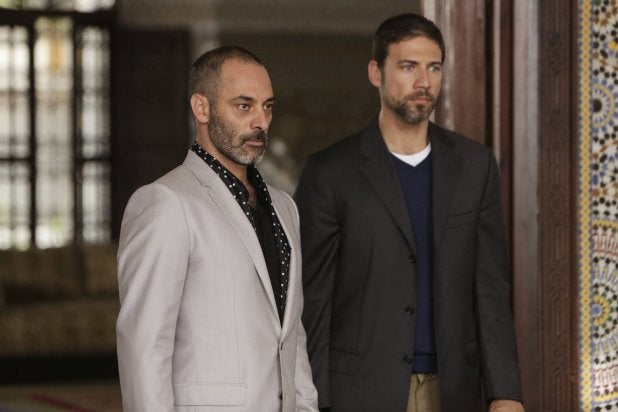 The Israeli Defense Forces launched Operation Protective Edge on Tuesday, and while the escalating military actions have not yet impacted American television productions in the region, they are allegedly under threat of rocket attacks.

Israel’s highest-rated show, “Big Brother Israel,” which films near Jerusalem, evacuated its contestants into a safe room during Tuesday’s broadcast.

The FX series “Tyrant,” by “Homeland” creator Gideon Raff, is in production outside of Tel Aviv. While it has  been the target of rocket attacks by the Hamas-controlled Gaza Strip, those rockets have all been successfully intercepted and production has not been suspended, according to media reports.

Raff has another show in production around Jerusalem. But USA’s upcoming limited series “Dig” is purportedly experiencing a pre-planned hiatus, so the current military actions aren’t impacting that show at all yet. All those involved in both productions have allegedly been made aware of nearby shelters, in case of an attack.

Also read: ‘Tyrant’ Review: A Middle Eastern Soap With Nothing Radical to Say

Representatives for Raff, as well as producers for both shows, did not immediately respond to TheWrap’s requests for comment.