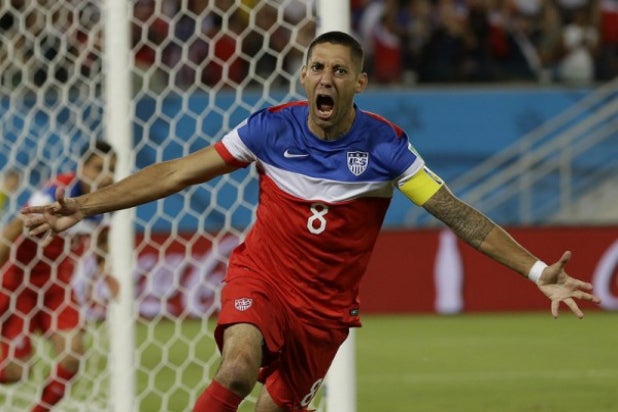 Team USA and ESPN are both celebrating Monday victories.

The Ghana vs. USA telecast on Monday — the U.S. Men’s National Team’s opening match of the 2014 FIFA World Cup — averaged a 7.0 overnight rating in the 56 metered markets, the highest overnight rating for a men’s World Cup match on ESPN or ESPN2. ESPN started receiving local ratings for World Cup in 1998.

The previous best for the ESPN networks was 2010’s USA vs. Algeria match — the famous Landon Donovan extra time goal game — which earned a 4.4 metered market rating. Donovan, who was cut from this year’s team prior to the trip to Brazil, now works as a World Cup analyst for the so-called Worldwide Leader in Sports.

Fast national ratings are expected to be available this afternoon.