Siklos most recently served as vice president of communications at Netflix. He assumes his new post on March 7, reporting to UTA’s CEO Jeremy Zimmer and will be based in Los Angeles.

“Richard brings a wealth of strategic, operational and creative leadership and experience to UTA,” Zimmer said in a statement. “He will be a great partner across the company, helping to tell our story and playing an essential role in UTA’s success as our business continues to grow and diversify.” The statement said Siklos is arriving at UTA at a “pivotal moment” of rapid growth in the company’s history, including its recent acquisition of MediaLink strategy and advisory firm.

Said Siklos in the statement, “UTA occupies a special place at the intersections of entertainment, sports, culture and technology, and I’m thrilled to be working with its exceptional people to help write the next chapters in a storied history.” 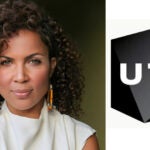 At Netflix, Siklos’s job including serving as the company’s chief spokesperson during a period when the company tripled in size and market cap. Prior to joining Netflix in 2017, Siklos was Vice President of Strategic Communications and Corporate Affairs at Time Warner Inc., then owner of Warner Bros., HBO and CNN. He began his career as a business journalist, including serving as Editor-at-Large for Fortune, as a correspondent and columnist for The New York Times, Media Editor at Business Week, and U.S. business columnist for London’s Sunday Telegraph and The Times of London. Siklos also serves as a member of the board of directors for the Craig Newmark Graduate School of Journalism CUNY Foundation. 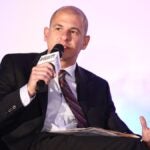