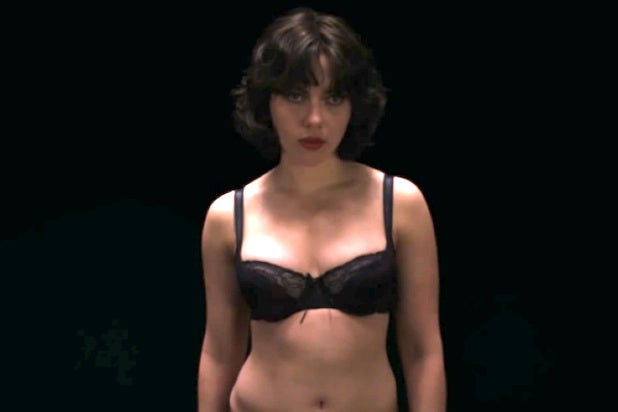 Scarlett Johansson is a Tony winner who is receiving raves for her masterfully mysterious performance in Jonathan Glazer‘s art house alien film “Under the Skin,” but you might not know it from the recent run of press coverage she has received.

In March, Anthony Lane came under blistering criticism for writing a New  Yorker profile of the actress — based on a junket-style interview — that could hardly contain his enthusiasm for her sexual radiance… but did little else in terms of biographical advancement. With her story in this week’s Vanity Fair, it seems that Lili Anolik is destined to receive a similar rebuke from media critics.

When one encounters Johansson, Anolik writes, “You become a man, even if you’re not one. You gawk. You gape. You leer. But then, you’re only doing what you’re supposed to do, what she intends you to do. She’s seducing the camera and thus, by extension, you, since you, again by extension, are on the other end of that camera. It’s sex between intimates and it’s sex between strangers. It’s sex in public and it’s sex in the mind. You can’t resist her and she knows it without ever acknowledging that she knows it.”

One might question Anolik’s mind-reading abilities, not to mention her read on Johansson’s greater set of personal beliefs.

“She treats the whole exchange, in fact, with a brisk nonchalance,” Anolik continues, “neither shrinking from the attention she’s provoked nor making a big deal of it when it drops at her feet, just accepting it as it’s her due, her birthright, which is how she proves that it’s both.”

Vanity Fair has yet to release the rest of the profile — the excerpt is online until the full issue is released on April 10 — so perhaps there is more to the larger story; the magazine did not immediately respond to TheWrap‘s request to read the rest. Until then, however, it figures to receive quite a bit of criticism, in line with what its Conde Nast brethren sustained last month.