Claudia Eller is out after eight years as Variety’s top editor.

On Monday, Variety announced that New York-based executive editor Ramin Setoodeh has been promoted to co-editor-in-chief with Cynthia Littleton, who had served with Eller in that role since October 2020.

Eller, who took a five-month leave from Variety’s top job in 2020 after a staff revolt over an article she wrote about newsroom diversity and subsequent clashes at a staff meeting, was previously announced as serving out the end of her contract in summer 2022.

Eller and representatives for the Penske Media-owned trade publication did not respond to requests for comment on the expedited timeline or what role — if any — Eller may have within the Penske empire. 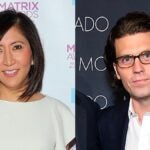 Also Read:
Janice Min and Jay Penske Battle Over Key Hire at The Ankler: ‘This Is Insanity’

Setoodeh, Variety’s former New York bureau chief who wrote last year’s bestselling book “Ladies Who Punch: The Explosive Inside Story of ‘The View,'” did include an acknowledgement of Eller in his statement to his outlet.

“Working at Variety for the last eight years under Claudia Eller’s leadership has been the most rewarding experience of my career,” he told Variety.  “I’m incredibly excited to be teaming up with Cynthia Littleton, one of the best reporters and editors in the business, to grow our award-winning magazine and website.”

Littleton and Setoodeh will report to Variety president and group publisher Michelle Sobrino-Stearns.

In June 2020, TheWrap reported that Eller was leaving her position temporarily “to take a serious moment of reflection,” following complaints made during a company town hall meeting. 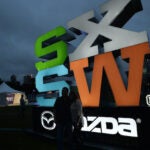 Variety had held an all-hands company-wide meeting in the wake of criticism Eller received on Twitter from fellow entertainment journalists, including a fraught exchange with former Hollywood Reporter senior editor Piya Sinha-Roy, following an article she wrote about newsroom diversity. Eller convened the town hall to respond to rising staff pressure over the tweets, with Penske Media CEO Jay Penske joining the call.

In a letter to the staff following the town hall, Eller wrote, “The last few months have been an incredibly stressful and challenging time, for everyone. That said, there is no excuse for the Twitter exchange I had with Piya last night. I completely understand your anger and upset at me; it is not at all misplaced.”

Eller, a former L.A. Times reporter, has been known to be a sometimes brutally demanding boss. She joined Variety in 2014 to run the newsroom with a mandate to dominate in the highly competitive world of Hollywood trade reporting. TheWrap is a competitor of Variety.