Verizon on Monday announced it will sell its media division — led by the digital sites Yahoo and AOL — to the private equity firm Apollo Private Equity Group for $5 billion.

Verizon will retain a 10% stake in the company, which will be known as Yahoo.

Apollo, which owns craft store chain Michaels and the Venetian resort in Las Vegas, will pay $4.25 billion in cash as well as $750 million in preferred interest. The deal is expected to close in the second half of 2021.

“We are excited to be joining forces with Apollo,” Verizon Media CEO Guru Gowrappan said in a statement. “The past two quarters of double-digit growth have demonstrated our ability to transform our media ecosystem. With Apollo’s sector expertise and strategic insight, Yahoo will be well positioned to capitalize on market opportunities, media and transaction experience and continue to grow our full stack digital advertising platform. This transition will help to accelerate our growth for the long-term success of the company.”

Reed Rayman, private equity partner at Apollo, added, “We are thrilled to help unlock the tremendous potential of Yahoo and its unparalleled collection of brands.” 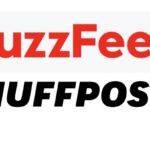 Verizon acquired AOL in 2015 for $4.4 billion and added Yahoo’s core assets to its portfolio in 2016 for $4.8 billion. In 2017, after officially closing its deal to acquire Yahoo, Verizon sought to merge the two brands under the Oath umbrella, which was later rebranded to Verizon Media Group alongside other Verizon-owned media outlets like TechCrunch and HuffPost.

Last November, Verizon sold HuffPost, which it acquired through the AOL acquisition, to BuzzFeed in a stock deal. As part of the deal, which formally went through in February, Verizon took a minority stake in BuzzFeed — a move that, according to Recode’s Peter Kafka, made it seem like Verizon was “literally paying BuzzFeed to take over HuffPost.” The acquisition also led to a loss of at least 47 positions at HuffPost.

Verizon appeared to have more success toward the end of last year. For the first time since its 2017 acquisition of Yahoo, Verizon Media reported its first quarter with year-over-year growth in Q4 last year, with $2.3 billion in revenue, representing an 11.4% increase year-over-year. 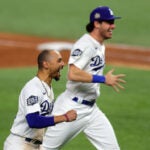