Aglow in earth tones and abundant with retro-futurist designs, the sci-fi drama “Vesper” certainly feels like a throwback. But a throwback to what? While the postapocalyptic tale reflects sci-fi strands both East and West, echoing cerebral fare from the Soviet bloc as much as grimy Hollywood spectacles, filmmakers Kristina Buožytė and Bruno Samper have woven those older threads into something wholly unique — at once modern and timeless, nostalgic for a genre only just created, already pining for images freshly cast up on screen.

Making its world premiere in competition at the 2022 Karlovy Vary International Film Festival, this wistful, bio-punk fairy tale builds around the broad contours of modern young-adult fiction and shades them with the unhurried, observational rhythms of the European art-house. From the rebellious young prodigy to the focus on class division to the expository wall of title cards that introduce this particular dystopia, the film plays with many familiar while trading the relentless narrative rush of contemporary Y.A. for the ambient woodland menace and darker psychological shadings of the original Grimm fables.

Working with co-screenwriter Brian Clark, Buožytė and Samper have constructed a dense dystopian mythology, rooted in ecological collapse and a corresponding economy built around genetically engineered seeds (and other more ethically dubious inventions). In function and form, “Vesper” explores the periphery, focusing on moods instead of percussive narrative beats as it follows a father and daughter living on the outskirts of this imagined society. 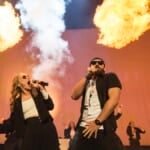 Vesper (Raffiella Chapman) is a 13-year-old who lives with her bedridden father just beyond the Citadel, cast in the shadow of this techno-feudal Promised Land without ever benefiting from the comforts within. That’s all the same for the girl, who never knew a different life, and who spends her days ravaging for scraps and developing her own biogenetic green thumb. Papa Darius (Richard Brake) sees things more clearly. Physically inert and hooked into a particularly Cronenbergian iron lung, Darius has transferred his consciousness to a gyroscopic drone that hovers around his young daughter, signaling his apprehensions in a voice that never rises above a whisper – much like the overall film.

Like its flagship visual element – that drone, worn down and beat up, with a crudely drawn smiley face painted on the surface and an interior seemingly made of human cartilage – “Vesper” luxuriates in landscapes that mix practical and digital VFX to evoke a futuristic world gone to seed. Even as the narrative builds, introducing conflict by way of a sinister neighbor and a pair of Citadel dwellers crash-landed in the forest, directors Buožytė and Samper maintain a low-and-steady thrum, making each frame a showcase for inspired biotech production design that somehow erases the line between organic tissue and synthetic material.

The neighbor, Jonas (Eddie Marsan), is a Fagin-like hawker who hoards lost youth and sells their blood for seeds. He treats Vesper differently from the other wasteland wastrels, though just what prevents this otherwise unscrupulous adult from forcing the girl into his vampiric scheme only becomes clear later. Hitting that darker pitch found in the original Grimm stories, “Vesper” accents the dangers of childhood, tapping a heightened vulnerability in the girl and her father figures.

That theme only deepens when Vesper discovers a crashed aircraft with two Citadelians inside. Young Camellia (Rosy McEwen) is well enough to escape and convalesce at the family home; her guardian, Elias (Edmund Dehn), is so badly mangled that she stays behind. 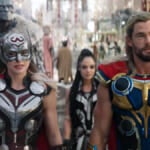 Vesper and Camellia both have infirm parents, and both were left to fend for themselves – and yet they couldn’t be more different. To call Vesper a tomboy would be a misnomer; as written, clad and performed, the character is a pre-adolescent child of the Earth, essentially gender neutral with an androgynous name and affect (that others refer to Vesper using she/her pronouns is really the character’s sole gender indicator).

With locks so blond as to nearly be shock white and ethereal features accented under permanent mask of makeup, Camellia, on the other hand, instantly reads as high femme. The subtle age difference serves as another point of ballast: Camellia can be no more than a few years Vesper’s senior, still a child in so many ways, just on the other side of puberty – which gives the character’s delicate femininity a harrowing resonance when her true nature (and thus the true nature of her parental relationship) is revealed.

We will say no more, and for that matter, neither will the filmmakers, who deliver glimpses and intimations, creating dazzling otherworldly visuals without a hint of bombast. A Franco-Lithuanian-Belgian production, “Vesper” is an English-language film that aims for the international market, which means the narrative does pick up steam and build toward a dynamic release of tension – an action finale, in other words.

But even in that mode, the filmmakers give priority to the unconventional, staging chases and showdowns with an emphasis on dread (and a look book pulled from 1970s Italian horror). Not wholly cerebral nor fully a spectacle, “Vesper” takes the best of both, tapping into a distinctive wavelength and inviting the viewers along for the ride. Call it Vibe Sci-Fi.

IFC will release “Vesper” in the United States on Sept. 30. 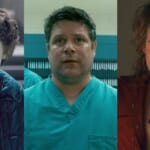