VH1 is bringing back “The Surreal Life.”

In the latest example of ViacomCBS cable networks reviving their best-known IP, “The Surreal Life” will return for the first time in 15 years with a new season on VH1 this fall.

The show, which puts a cast of celebrities together in a house and forces them to participate in group activities, ran for two seasons on The WB and four more on VH1 between 2003 and 2006. The franchise also spawned spinoffs including “My Fair Brady” and “Flavor of Love” (which spawned its own franchise of titles, including “Rock of Love,” “I Love New York” and “Charm School”). 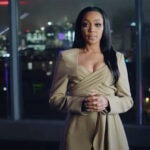 “The Surreal Life is known for bringing together some of the biggest names in pop culture and creating many unforgettable moments in reality television,” said Nina L. Diaz, president of content and chief creative officer of MTV Entertainment Group. “We are excited to see how this stellar celebrity cast will make captivating television for audiences everywhere.”