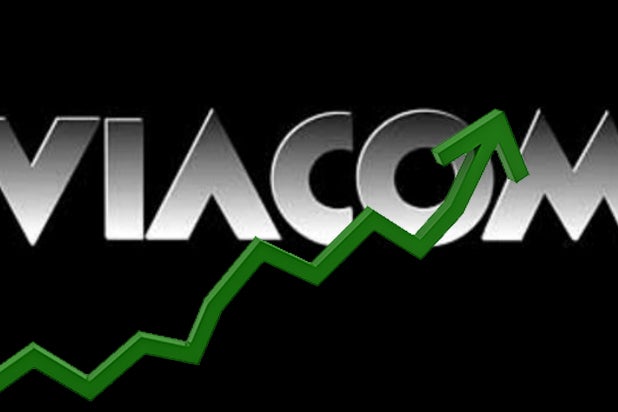 Both trading days are charted below.

Analysts and investors knew some version of the revamping was coming, as company CEO and President Philippe Dauman spoke of an “organizational realignment” on the company’s Jan. 29 quarterly earnings call. Beyond Thursday’s news, the changes will include layoffs, as reported by TheWrap.

Those and other cost-cutting measures come in lieu of revenue growth, which cannot be counted on given current the TV ratings deficiencies of the media conglomerate — Viacom programming is thin on live viewing events, particularly sports.

Seeing the wheels in motion likely gave a much needed boost to the market’s confidence.

“They like restructuring because it basically reduces expenses,” an individual with knowledge of the realignment told TheWrap.

Here is the (short-term) proof:

Until about a year ago, Viacom stock had been on a steady and impressive rise since the market crash in 2008.

BTIG analyst Rich Greenfield downgraded Viacom stock (as well as Discovery’s) from a “Buy” to “Neutral” mid-summer. His decision, he told TheWrap this week, was based on a belief that advertising would decline due to that aforementioned lack of live-viewing urgency, and that some of the company’s smaller channels might not get distributed in bundles.

The one-day boon is good news for Viacom — but there is a long way to go. The company’s shares have been trading down quite a bit over the past 12 months. Company stock, both A and B class, is down 21 percent from a year ago. By contrast, Disney is up 31.15 percent, Time Warner is up 34.16 percent and 21st Century Fox is up 6.09 percent.

That said, Viacom is not alone on the decline: Discovery (DISCA) is down 26.64 percent over the past 12 months.

Discovery reported its own quarterly earnings on Thursday morning. That company’s profit fell on lowered U.S. advertising. Still, its stock ticked up slightly ($.20 per share or 0.65 percent) thanks to international growth.