Vice Media is likely to miss its revenue target for the year by more than $100 million, reflecting little or no growth for the digital media outlet as it attempts to sell itself.

Vice projected it would bring in $700 million earlier this year. But The Wall Street Journal reported Tuesday, citing people familiar with the situation, that it is now is eyeing about $600 million. That would leave it well short of the $680 million it brought in last year.

The miss would come as the parent of Vice News, Vice TV, Refinery29 and Motherboard is shopping itself to Greek broadcaster Antenna Group, which emerged as a bidder for the brand in June.

Antenna was among a group of investors that also included James Murdoch’s Lupa Systems and Sixth Street Partners that poured $135 million into Vice in September 2021. That was one of two rounds of funding – the first pulled in $85 million in August 2021- after plans to merge with a SPAC and go public fell through. 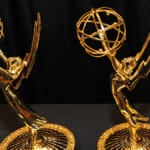 The Journal reported that Vice has sought a valuation of around $1.5 billion in a potential sale — about $1 billion less than the SPAC deal was reportedly targeting, and a fraction of the eye-popping $5.7 billion it was valued at five years ago, according to the Journal. Even the lower valuation may now be more difficult to achieve given its revenue issues.

A company spokesman told the journal that Vice Media still expects to see “significant growth” for 2022 compared with 2021. “It’s been a challenging year for our industry, but VICE is growing year to year through strong financial discipline and focus,” the spokesman said. “Our ongoing performance is creating new opportunities for VICE in 2023 and working with our advisors, we’ll keep exploring ways to position the company for growth and success.”

Meanwhile, debt of $250 million that Vice sold to a group that included 23 Capital, Soros Fund Management and Fortress Investment Group in 2019 is coming due, the Journal reported. Fortress is working with Vice to restructure the debt, sources said. The company is also reportedly months behind on payments to vendors. 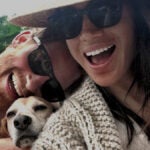 That comes after the company made cost cuts aimed at trimming $25 million in June as just one of a series of media players to slash jobs and cut costs as ad revenue slowed amid higher inflation and fears of a recession. It was one of a several job cuts the struggling company has executed in recent years.

Yet in March, Vice bought the portion of Pulse Films it did not already own. Pulse’s output includes the AMC Series “Gangs of London” and the 2021 Nicholas Cage flick “Pig.”

Vice in October promoted the leadership team responsible for its news, publishing and TV divisions, but the company, led by CEO Nancy Dubuc, has been unable to record consistent profits.