While “Victim/Suspect” has touched audiences across Park City following its Sundance screening, director Nancy Schwartzman hopes the documentary translates into real change through a federal mandate against deceptive evidence in sexual assault cases.

“We hope this film can awaken an understanding that deceptive evidence as a tactic should no longer be allowed in police departments,” Schwartzman told TheWrap’s Executive Editor Adam Chitwood alongside film’s subjects Rae de Leon, Emma Mannion, Dyanie Bermeo and Carl Hershman during a conversation at TheWrap’s Portrait and Video Studio at The Music Lodge. “There’s a way we hope this can push a federal agenda, possibly, to really mandate that this go differently, that if you’re investigating a sexual assault, you do it thoroughly before closing it and deciding that it’s false and arresting them.”

The documentary shines a light on the exploitative practice known as deceptive evidence, in which police fabricate false evidence to coerce an alleged sexual assault victim to confess to falsely reporting their attack — which subsequently leads to pressing charges against the victim, and even arresting them. 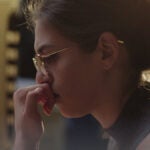 Centering on de Leon’s investigation of police-coerced confessions through her work at the Center for Investigative Reporting, de Leon, who also served as a producer on the film, uncovered the stories of Mannion, a former student at the University of Alabama, and Bermeo, a criminal justice major who was assaulted by a stranger, among others.

Though police officers in the U.S. can legally lie to suspects to get them to give the authorities knowledge and information, Hershman, a retired detective at the San Diego Police Department says using this practice on victims crosses the lines. “This is done with suspects all the time — we don’t do it with our victims,” he said.

“Now they’re stuck in this room with this investigator, they’re not being believed,” Hershman said, setting the scene for the pressure faced by victims to submit to the police officials’ theory. “They’re told, ‘just tell us the truth, you get to go home, everything’s fine and we’ll forget everything.’ They find out later, sometimes immediately, that they’re arrested.” 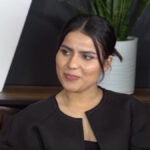 Also Read:
‘Fremont’ Star Anaita Wali Zada Wants to Be a Voice For Afghan Women: ‘We All Know What’s Going On There’

For Bermeo, who bravely shared her story after being the target of social media harassment and articles in her local college town, her takeaway from the film is simple: believe survivors.

“If you have a question in your mind like, ‘what happened?’ that’s fine if they’re ready to talk about it, then they’ll talk to you about it,” Bermeo said. “But don’t ask them, ‘What were you doing? What were you drinking?’ You’re probing and it already puts the doubt in our mind that you don’t believe anybody.”