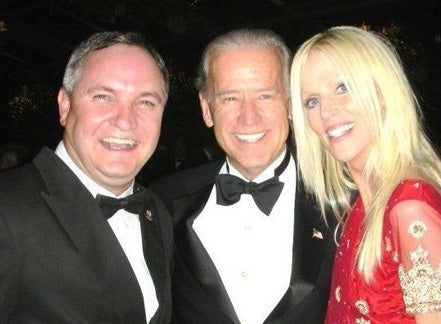 Michaele and Tareq Salahi — otherwise known heretofore as the alleged White House dinner party crashers — defended themselves on NBC’s “Today Show" Tuesday, claiming they did not crash the state dinner and were invited.

In the first interview with the duo since their infamous state dinner appearance, the Salahis told Matt Lauer they have been “mischaracterized” by the media.

“Our lives have been destroyed,” Michaele said. “Everything we’ve worked for, Matt.”

“This story got started through a gossip column,” Tariq said.

When asked if they had been invited to the dinner, the Salahis responded: “We were invited.” Michaele added: “[We’re] not crashers.”

“There isn’t anyone that would have the audacity or the poor behavior to do that," she said. "Certainly not us.”

But the couple wouldn’t say who invited them.

The pair said they have “documentation” that will vindicate them, and they intend to bring it to New York to show Lauer.

"Are you appearing here today in any way because of any financial deal that you have made with this network?” Lauer asked. “Are we paying you for this appearance in any way?"

"No, we are not," replied Michaele Salahi.

So why are the couple — who a day ago were reportedly shopping their story to the highest bidder — suddenly beholden to "Today" for free? As Joe Adalian noted in his MoJoe column, “Today” is part of the same media empire that owns Bravo, the network behind the upcoming "Real Housewives of D.C." – the show Mrs. Salahi is auditioning for.