Netflix dropped the trailer for the third season of its romance series “Virgin River” on Friday, revealing Jack Sheridan’s (Martin Henderson) fate after the Season 2 finale ended with him bleeding out from a gunshot wound on the floor next to Melinda “Mel” Monroe (Alexandra Breckenridge).

Luckily, the video shows us almost immediately that Jack is OK, but he is going to need some downtime to recover from the injury and Mel is the biggest supporter of him staying in bed — for medical reasons and romantic ones.

Yes, these two lovebirds are finally, officially in a real relationship, which means things are about to get complicated in a different way, as the topic of having a baby together comes up between them — and pretty much everyone else in town. Mel might want to, but she’s obviously still traumatized by the death of her family. Jack might not want to because of Charmaine’s (Lauren Hammersley) pregnancy, which she is shoving him out of after finding a new man. And Mel might not want to because Jack might not want to, and round and round we go. 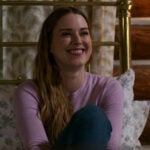 Watch the trailer via the video above and right here.

Here’s the official description for the 10-episode third season of “Virgin River”:

In “Virgin River” season three, we’ve got even more drama in store for our beloved characters. Highlights include, a funeral, a fire, a divorce, a hurricane and a new romance, in a twist-packed season that’ll keep fans on the edge of their seats. 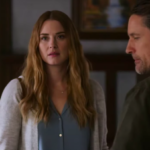 Based on the books by Robyn Carr, the Netflix TV adaptation of “Virgin River” is written by Sue Tenney, who serves as showrunner and executive produces alongside Jocelyn Freid, Roma Roth, Christopher E. Perry and Carr. Other writers include Amy Palmer Robertson, Lisa Marie Peterson, Jackson Sinder and Jackson Rock. Season 3 directors are Martin Wood, Monika Mitchell and Gail Harvey.