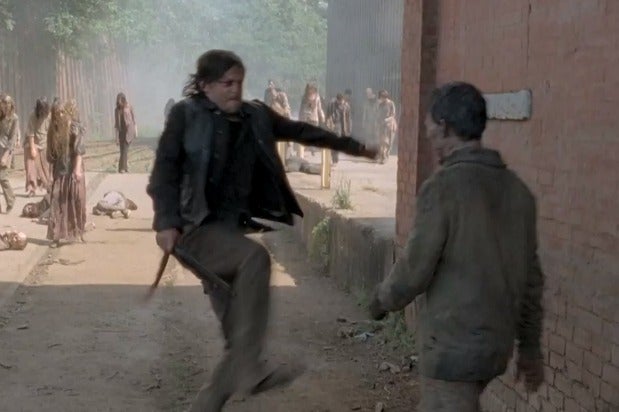 It contains one huge spoiler: It looks like Rick Grimes and company get out of the tractor trailer where they were trapped at the end of Season 4, presumably to be eaten by the people of Terminus. The trailer finds Terminus’ leader, Gareth, apparently agreeing to let the survivors trek to Washington, D.C. in hopes of curing the walker epidemic.

That creates a tense alliance between the survivors and the (probable) cannibals. Would you believe they have some trust issues, and no one feels safe?

More to come. Here’s the preview, which the show unveiled at Comic-Con: