In what Criterion is describing as their “first collaboration” with fabled animation studio Pixar, Andrew Stanton’s “WALL•E” will be joining the collection this November (spine #1161). And, typical of Criterion releases, it will be festooned with special features, including a new essay (by Sam Wasson), a pair of audio commentaries and a new documentary called “WALL•E A to Z,” featuring co-writer/director Andrew Stanton and writer Jim Reardon.

“WALL•E,” released back in 2008, originated as an idea from “Up” director (and current Pixar chief creative officer) Pete Docter called “Trash Planet.” Soon the idea mutated, as it was passed to Stanton and the focus became squarely on a small, lonely robot inhabiting an abandoned, garbage-covered Earth. When another droid visits Earth, the sleek new EVE, WALL•E (which stands for Waste Allocation Load Lifter, Earth-Class) falls in love. He follows her to the Axiom, a cruise ship in space, and together they reignite the human race. The opening 20 minutes or so of “WALL•E” are a masterclass in silent filmmaking; when they reach the spaceship it becomes a go-for-broke, gonzo satire (Reardon is a veteran of “The Simpsons”).

At the time of its release, it was widely embraced by both critics and audiences. It made more than $500 million worldwide and was trumpeted as the greatest film of the year by Richard Corliss of Time Magazine, Lisa Schwartzbaum of Entertainment Weekly, A.O. Scott of the New York Times, Wesley Morris of the Boston Globe and Anthony Lane of The New Yorker (among many, many others). And its legacy lives on. Last year it was selected for preservation in the United States National Film Registry by the Library of Congress. 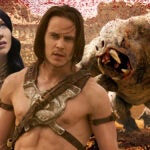 The fact that “WALL•E” is now a part of the Criterion Collection is huge for both Pixar and Criterion, which has only inducted three fully animated features into the collection before this (“Watership Down,” “Fantastic Planet” and Wes Anderson’s “Fantastic Mr. Fox”) and the first fully computer-animated feature. And for Pixar it is a huge breakthrough, as becoming part of Criterion’s ranks is a true status symbol for modern cinema. (“Soul” director Kemp Powers noted on Twitter that Stanton has been working on making this happen for a very long time.)

Below you will find a list of special features for the new release, with preexisting special features (like Leslie Iwerks’ brilliant, feature-length documentary “The Pixar Story”) nestled next door to all-new material. The three-disc set will hit shelves on Nov. 22 and will be stuffed into every movie lover’s stocking this Christmas.

• One 4K UHD disc of the film, presented in both Dolby Vision HDR and HDR10+, and two Blu-rays with the film and special features

• Tour of the Pixar Living Archive with Stanton

• Behind-the-scenes look at the making of the film, including segments from early animation reels

• Anatomy of a Scene: The Plant, a masterclass with Stanton

• “WALL•E”: A to Z, a new program featuring Stanton and coscreenwriter Jim Reardon

• English subtitles for the deaf and hard of hearing

PLUS: An essay by author Sam Wasson; selections from Stanton’s sketchbooks, script notes, and drawings; and artwork from the WALL•E team 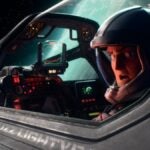