Additionally, the studio dated “The Last Train to New York” to be released on April 21, 2023 and “Toto” the animated musical based on the Michael Morpurgo children’s book “Toto: The Dog-Gone Amazing Story of the Wizard of Oz,” has been dated to be released on Feb. 2, 2024. 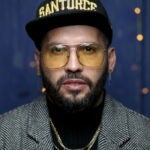 While DC has had Latino characters in its movie universe, (Jay Hernandez as El Diablo in “Suicide Squad,” and Rosie Perez as Renee Montoya in “Birds of Prey”), and cast Latina Sasha Calle to play Supergirl in “The Flash,” this will be the first stand-alone title to feature a Latino lead. Also of note, “In the Heights” breakout star Leslie Grace, who is Dominican American, has won the role in “Batgirl” and will star as crime fighter Barbara Gordon in the upcoming film set at HBO Max.