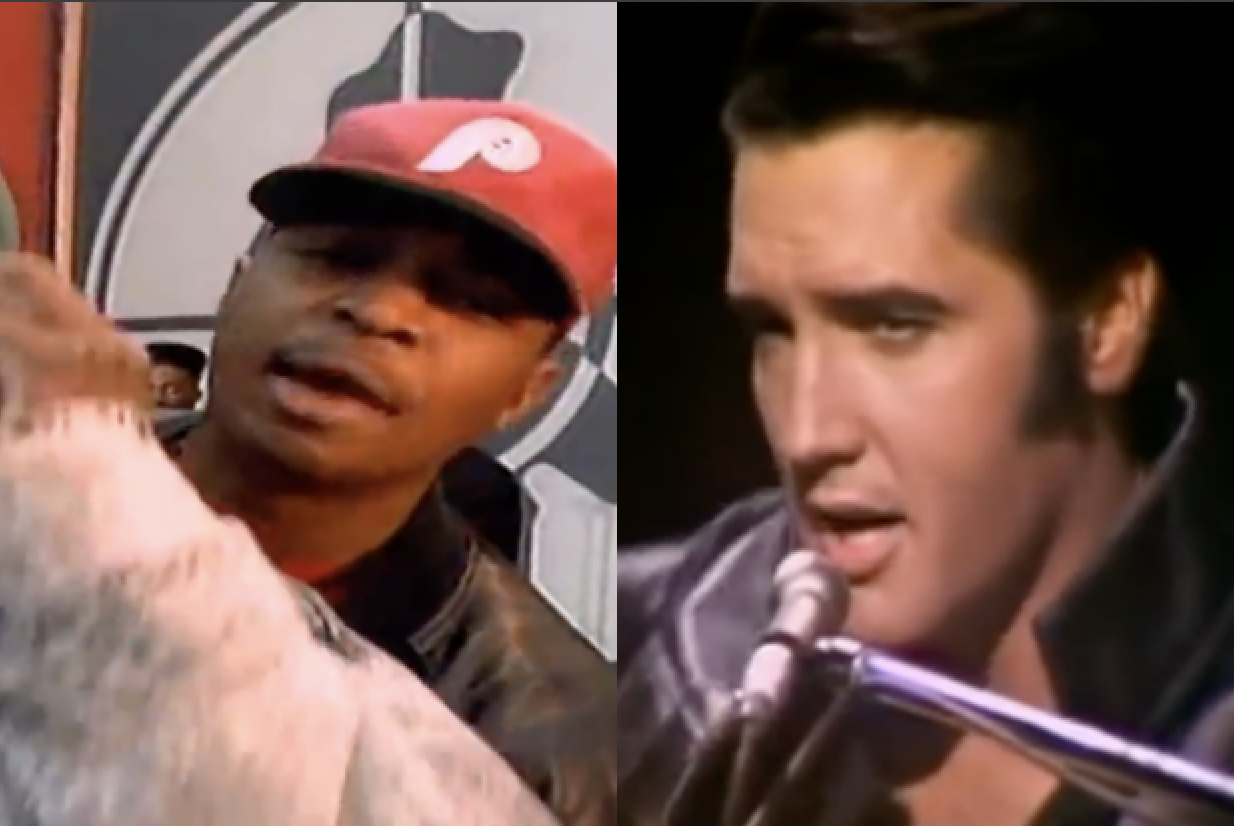 Public Enemy’s Chuck D made Elvis Presley persona non grata for many hip-hop fans when he famously rapped in “Fight the Power”: “Elvis was a hero to most/But he never meant s— to me/Straight up racist that sucker was/Simple and plain.” (Flavor Flav finished off The King with the rhyme: “Motherf— him and John Wayne.”)

In the latest episode of “Shoot This Now,” filmmaker Eugene Jarecki explains how those lines made Chuck D the most crucial person he interviewed for his new film “The King.” You can listen on Apple or right here:

“The King” celebrates Elvis as a symbol of the American dream — but argues that America is in its Fat Elvis stage, the period of decline that Presley spent performing in Las Vegas and addicted to pills. Jarecki believes America can save itself, but only by confronting its economic inequality and racism.

When Chuck D agreed to an interview, Jarecki said, he had assumptions about what he might say, based on his lines in “Fight the Power.” But Chuck D surprised him.

“Chuck D’s role in the film is unimaginably profound for me. I would say it’s the most important interview in the film… for a lot of reasons,” Jarecki says on the podcast. “I suppose I thought I would get a deep answer. But I could never have imagined the depth of Chuck D’s thinking on this matter because I had never heard anyone think so deeply on this matter.”

Jarecki added: “The way he thinks about what racism in that lyric means is far from what a superficial glance at the song might lead one to believe. Chuck has developed a way of understanding his outrage, which is a continuing outrage that any of us should feel about the crimes committed against Black America, and yet at the same time there’s an incredible magnanimity he actually has for Elvis as an artist.”

“The King” includes interviews with many others, among them David Simon, whose drama “The Wire” contains this quotable line: “You come at the king, you best not miss.”

In his line about Presley in 1989’s “Fight the Power,” and his interview with Jarecki nearly 30 years later, Chuck D shows that you can come at the King, score a hit, and still have the generosity to separate the artist from the racism that boosted his career.  But “The King” is only getting started.