The Washington Post on Thursday fired political reporter Felicia Sonmez, according to multiple media reports. Her exit comes shortly after Sonmez publicly clashed with colleagues and the paper’s leadership over a sexist retweet by fellow political reporter David Weigel.

Last Friday, Sonmez called Weigel out for sharing a tweet by YouTuber Cam Harless that read “Every girl is bi. You just have to figure out if it’s polar or sexual.”

“Fantastic to work at a news outlet where retweets like this are allowed!” she replied. 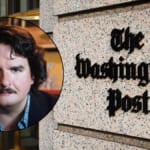 Weigel later removed the tweet and apologized, writing “I did not mean to cause any harm.” Higher-ups such as national editor Matea Gold issued internal statements to the staff assuring that “The Post is committed to maintaining a respectful workplace for everyone. We do not tolerate demeaning language or actions.”

However, reports of internal conflict over the debacle and leadership’s response surfaced before and after the paper on Tuesday suspended Weigel without pay for a month. Many colleagues have voiced their support for Sonmez on Twitter, while others added fuel to the fire, with one reporter even going so far as to accuse her of bullying.

This isn’t Sonmez’ first run-in with top brass during her dozen years working at the Post. In 2021, she sued the Post and former executive editor Marty Baron for blocking her from writing stories about sexual assault after she came out as a survivor. In March of that year, she announced that the ban had been lifted, and the discrimination suit was dismissed a year later. 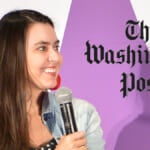 Sonmez was placed on administrative leave in January 2020 after she retweeted a Daily Beast article about Kobe Bryant’s sexual assault allegations in the wake of the basketball player’s death. The New York Times reported that Sonmez received a barrage of violent threats and messages. The Washington Post Guild issued a statement of support, and Sonmez was reinstated the following day.

Earlier today, Sonmez tweeted a long thread addressing the Post’s “systemic issues that run far deeper than a single tweet by any employee.”

“I care deeply about my colleagues, and I want this institution to provide support for all employees,” she wrote. “Right now, the Post is a place where many of us fear our trauma will be used against us, based on the company’s past actions.”

Sonmez did not immediately respond to TheWrap’s request for comment. Kris Coratti Kelly, Chief Communications Officer of The Washington Post said in a statement: “We do not discuss personnel matters.”

The news was first reported by The Daily Beast.