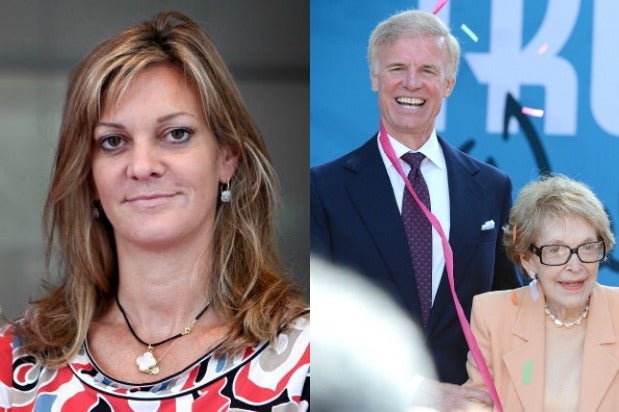 Weymouth’s exit ends eight decades of Graham family leadership of the paper that broke the Watergate scandal, among other crucial stories. The 48-year-old’s great-grandfather bought the paper in 1933.

Bezos, who bought The Post for $250 million just over a year ago, told Weymouth last month that was replacing her, the Post reported. The paper said she will remain on the payroll as an adviser through the end of the year.

The replacement decisively answered the question of how hands-on Bezos, the founder of Amazon, would be with his new acquisition. Since he bought the paper it has hired dozens of new reporters and launched several digital initiatives. Ryan, 59, pledged in an interview with the Post to continue the growth.

“You don’t shrink your way to success,” Ryan said. “The Post is on the move. There’s no question about that.”

Ryan, a 59-year-old attorney who will also become the Post’s CEO, rose through the Reagan ranks to become a top aide. He helped guide the construction of Reagan’s presidential library. (He is seen in the picture above at right with Nancy Reagan at a 2012 Disney event.)

His background in Republican politics raised questions about whether the Post’s editorial page or even news coverage might take a conservative turn.

Ryan told the Post he would  keep the paper’s executive editor, Martin Baron, and editorial page editor, Fred Hiatt. He pledged to protect journalistic independence and said Baron “does a superb job.”

Bezos said in a company statement that he was grateful to Weymouth for “agreeing to stay on as publisher this past year.” (She’s in the picture above, left.) He said Ryan is “excited to meet the team and roll up his sleeves.”

Ryan is expected to begin on Oct. 1, but planned to visit The Post’s headquarters on Tuesday.

Ira Teinowitz contributed to this story.