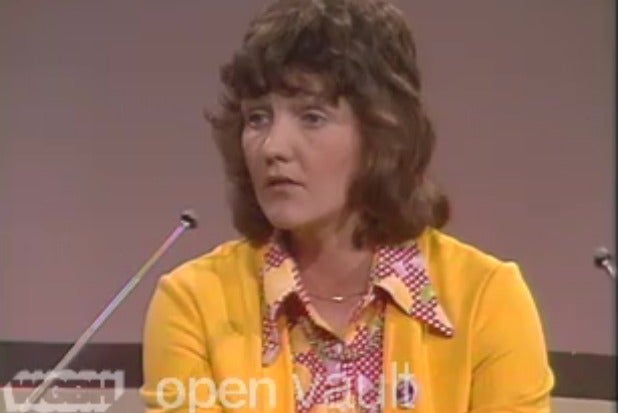 How far has the debate over gay marriage evolved in the last 40 years? You can decide for yourself, because Boston PBS station WGBH has posted a 1974 debate on the issue online.

As part of its “Open Vault” look back at its most fascinating shows, WGBH is offering an episode of “The Advocates,” a show that used a courtroom format to discuss issues of the day. It was dramatically billed as PBS’s “Fight of the Week.” You can watch the whole episode here.

See video: What the Government – and Google – Know About You

In his opening remarks, the advocate making the case against gay marriage compares same-sex relationships to adultery.

“We are prepared to treat the homosexual relationship the same way we would treat a man’s mistress,” said Civil Rights attorney Tobias Simon. “We would not punish her for adultery, but we will not legitimize her with marriage. Toleration, not encouragement, is society’s maximum obligation to the homosexual.”

See video: PBS Wants You to Meet the Immigrants Who Clean Our Skyscrapers

You get the sense he may have just been playing devil’s advocate.

The debate also features a sight rarely seen on television in 1974: a woman who is openly lesbian. Elaine Noble (pictured), a speech instructor at Emerson College, wins the audience over with her wit and understated arguments.

She says she and her partner would like to be married not just for the financial benefits, but because the institution of marriage sustains loving relationships. But she also notes that her partner could not appear with her on television, because of how her family and others might react.

Asked if gay relationships are notoriously unstable, she dryly notes that the heterosexual divorce rate is close to 40 percent. She delivers this reply when asked if she wishes she were heterosexual:

“Good heavens, no. I really couldn’t say that at all.”

But that shift in language came in the decades after the debate. Antiquated as some aspects of the talk may seem, it was fairly radical in 1974 to even consider the possibility that we might one day live in the more equal society we do now. We can wonder what people in 40 years will make of us.