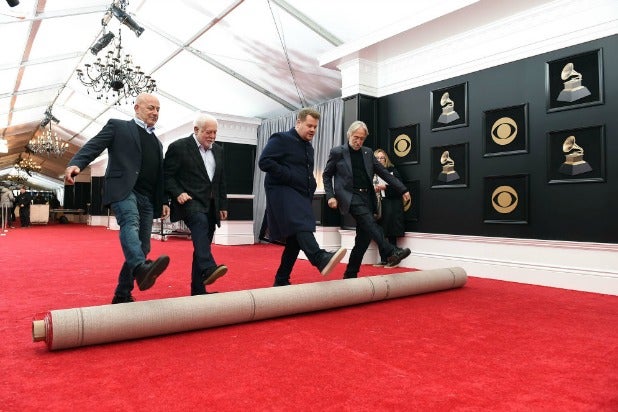 Here we are, smack dab in the middle of awards season, and it’s time for a break from the yearly lookback at movies and TV with the Grammys. But even though the focus is different from the other awards shows, the Grammys have one extremely important thing in common with the others: the red carpet.

While the Grammys ceremony at Madison Square Garden in New York City starts at 7:30 p.m. ET/4:30 p.m. PT on Sunday, Jan. 28 on CBS, you’ll want to tune in a couple hours earlier for the various red carpet pre-shows. There are three main options and, amazingly, all of them have a streaming option, but not all of them are free.

The “official” Grammys red carpet coverage, hosted by Quddus, will come in two stages. It will kick off at 3 p.m. ET/Noon PT on Facebook Live, on the Recording Academy’s Facebook page, as well as the CBS page and GRAMMY.com. That free feed will last until 6:30 p.m. ET/3:30 p.m. PT, at which point it will continue on CBS proper until the ceremony begins. You can watch CBS over the air, on cable, or streaming through CBS All Access, which requires a subscription.

You can watch E! on cable or another type of TV provider, but if you want to stream E!’s red carpet coverage you’ll have to do so on the E! News mobile app for iOS and Android. The mobile streaming option, which E! refers to as the “E! Live 360 experience,” is a bit more robust than standard TV coverage, with options to switch between three different E! feeds, including the studio feed, a cam that will let you catch all the celebs as they arrive on the carpet, and the “Fashion Cam,” which will give you an up close and personal look at the flashy suits and dresses everyone is sporting.

The final option for viewing the Grammys red carpet comes courtesy of Billboard, which will be broadcasting live on Twitter right here, starting at 5 p.m. ET/2 p.m. PT and running through the start of the show at 7:30ET/4:30 PT.

When the time come sfor the Grammys ceremony itself, you can watch on CBS over the air, on cable or streaming via CBS All Access.