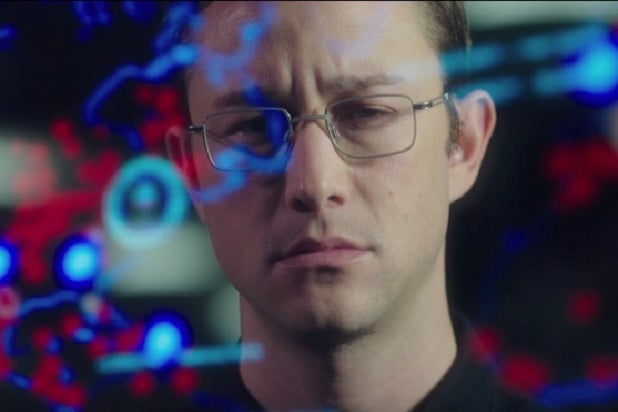 There’s a scene midway through Oliver Stone‘s upcoming film “Snowden,” in which the titular Edward Snowden (Joseph Gordon-Levitt) is hanging out with documentarian Laura Poitras (Melissa Leo), explaining the actual reason U.S. government agencies are gathering every bit of data they can on every person alive.

The whole threat of terrorism thing is just a pretense, he says. They’re really using that data for “social control.” They spy on everyone, including friendly nations like Japan. They want any kind of leverage they can get to use in any interactions with anyone. And they spy on Americans more than anyone else.

Snowden coming to that conclusion, the film posits, is why the former NSA employee did what he did — steal all the documentation he could about the government’s surveillance programs and release them to journalists. Snowden had been working on these spy programs because he was a patriot who thought he was protecting his country. But the truth was something else.

I watched “Snowden” Thursday night in San Diego at a Comic-Con screening, just as the Republican National Convention in Cleveland, Ohio, was hitting its crescendo. After the film, they piped in Edward Snowden himself for a half-hour Q&A, and then I exited to the outside world to find Donald Trump in the middle of his fearmongering nomination speech, in which he described a version of our country on the edge of chaos as it’s beset from all sides and within by violent threats of all sorts.

You don’t need me to fact check Trump — that’s been done extensively elsewhere. And the consensus is that the picture he paints is an incredibly false one. One that looked eerily similar to the false picture described by Snowden in the film.

It was an eerie juxtaposition, the film next to that speech. One describing exactly what the government does when we buy into a rhetoric of fear, and one selling a rhetoric of fear, probably to justify doing the exact sorts of things on display in the other. In his speech, after all, Trump specifically discussed the need for really robust intelligence on all potential threats — what do you think he was talking about there?

It’s hard to imagine the timing of the “Snowden” screening was some coincidence. To exit that movie theater into a world in which the Republican nominee for president is tossing out any and every scare tactic in the playbook was telling. Though the movie is not really a great work of art, it is a great reminder of what’s really going on out there behind the scenes.

And the real Edward Snowden, in the subsequent Q&A, said that’s really the point of it all. It’s why he cooperated with the film (going so far as to make a brief appearance, even), though he really didn’t have to. 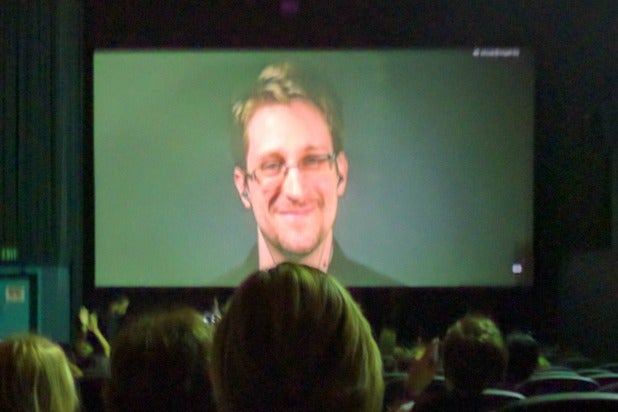 “We have people, sort of avatars, that I like to think of as champions for the public good in these kinds of settings. Like [“Snowden” stars Shailene Woodley and Gordon-Levitt], who I have to thank so much for being a part of this, they can reach new audiences in new ways and get people talking about things that they don’t have time to read, to look for.”

And that is ultimately why the “Snowden” movie matters. To remind you what’s underneath all that stuff many in the government, and Trump, like to yell about all the time.

And on Thursday night, I couldn’t think of anything else.