Jenna Ortega has given the character of Wednesday Addams a comeback as well as The Cramps’ “Goo Goo Muck,” which features in the fourth episode during a quirky dance routine at Nevermore Academy’s annual Rave’N. 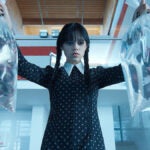 The song and dance have also taken up a trend on TikTok as users recreate the gothically goofy scene.

Wednesday weaves quite a web with its soundtrack — which includes several more staple rock and classic songs like a solo of “Paint It Black” by The Rolling Stones and Vivaldi’s “Winter” played in stunning solo’s on Wednesday’s all black cello.

The show opens with a delightfully devastating scene in which Wednesday dumps piranha in the Nancy Reagan High School pool for some vicious vengeance on the bullies that shoved her brother Puglsey into a locker. Edith Piaf’s “Non Je Ne Regrette Rien” accompanies the gloriously gory slow motion moment. 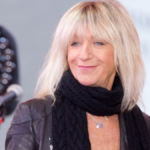 Other anthems that back the hit Netflix series include Fleetwood Mac’s “Don’t Stop,” Metallica’s “Nothing Else Matters,” Beach House’s “Space Song” and Dua Lipa’s “Physical.”

Created by Alfred Gough and Miles Millar with episodes directed by Tim Burton, James Marshall and Gandja Morteiro, “Wednesday” on Netflix contains all kinds of creepy and not-so-creepy music, with contributions by Chris Bacon and themes by Danny Elfman.