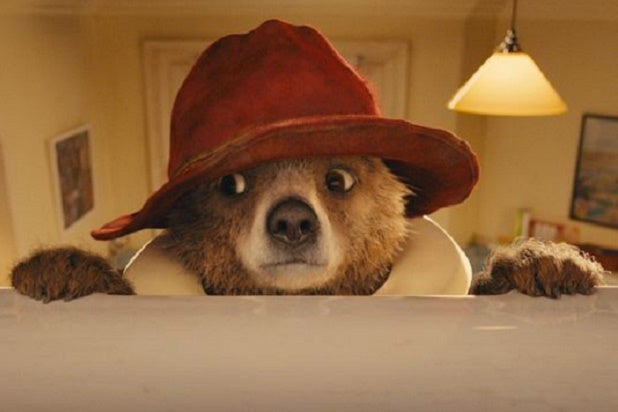 The Weinstein Co. has pushed the release of its family film “Paddington” back a couple of weeks to Christmas Day, the studio said Tuesday.

The live-action-CGI hybrid film, from “Gravity” and “Harry Potter” producer David Heyman, features Colin Firth (“The King’s Speech”) as the voice of the famous bear from the classic children’s book series, which has sold more than 30 million copies.

Sally Hawkins will play Mrs. Mary Brown and Nicole Kidman will be the evil taxidermist Millicent in “Paddington,” which also stars Hugh Bonneville, Jim Broadbent, Peter Capaldi and Julie Walters. Paul King makes his directing debut on the film, which follows a bear lost in London’s Paddington Station with just a floppy hat and his suitcase.

It had been scheduled for Dec. 12. That put it a week ahead of two other family-targeting films, Sony’s musical “Annie” and Fox’s “Night at the Museum: Secret of the Tomb,” as well as “The Hobbit: The Battle of the Five Armies.”

The new date means it will go up against several holiday openers, but will be the only film targeting young kids debuting that day. Universal’s Angelina Jolie-directed “Unbroken,” Paramount’s “Hot Tub Time Machine 2,” the Disney musical “Into the Woods” and Sony’s untitled Cameron Crowe project are all currently set to open Christmas Day.

“The Coup” stars Owen Wilson, Pierce Brosnan and Lake Bell in the story of a businessman trapped with his family in a war zone. It is directed by John Erick Dowdle, who co-wrote the script with his brother, Drew Dowdle, who produces along with Michel Litvak and David Lancaster.

“Underdogs” is an Argentine import directed by Juan José Campanella, who wrote the screenplay with Eduardo Scheri and Gaston Gorali.

The Spanish-language film will be released in English by TWC and has been given a new title from its original “Foosball.” It tells the tale of a young foosball player who takes on the town bully. When they meet again years later, and magic ensues.

The new date is crowded, with Warner Bros. “Man From Uncle,” Sony’s Kevin Hart comedy “The Wedding Ringer,” and Universal’s untitled Michael Mann thriller also set for that date. But that’s a typically slow time for animated films, so “Underdogs” should have the kids market largely to itself.