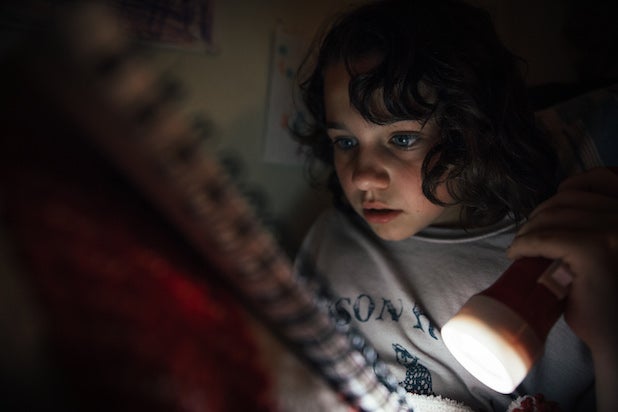 Who knew that “Beasts of the Southern Wild” was not just a nervy, thrilling debut film, but a design for living?

Director Benh Zeitlin suggests as much with “Wendy,” his second feature, which arrived eight years after “Beasts” took the 2012 Sundance Film Festival by storm on its way to Best Picture and Best Director Oscar nominations.

That film was the uproarious chronicle of a feral young girl, Hushpuppy, who lived in a ramshackle community (“the Bathtub”) in the swamps of the southern U.S., resisting the constraints of civilization at every turn. “Wendy,” which also premiered at Sundance, begins on the outskirts of civilization, in a small diner right by the side of the train tracks, and then finds a way to escape into a wild, exuberant and dangerous utopia.

Oh, and it’s a riff on “Peter Pan,” and on the whole idea of storytelling and the power of myth.

I almost hesitate to bring up the “Peter Pan” connection, though it’s been made clear in the film’s advance materials and its trailer. When I saw it, I had somehow forgotten that the film was based on J.M. Barrie’s story — and the moment when I realized that the group of lost boys (and girls) I was seeing were the actual Lost Boys came as a delightful jolt.

But it’s useless to write around that connection, because if “Wendy” gets any attention, the links to “Peter Pan” will be front and center. And make no mistake, “Wendy” deserves to get attention. Zeitlin has come up with a second film that goes down many of the same paths as his debut, another film filled with kids rampaging as the music swells — but he puts it on a mythic stage and creates a film that is magical and messy, unruly and otherworldly.

“Wendy” begins with the title character and her two twin brothers living in a rundown home over a diner in an unspecified town. The house periodically rattles every time the train comes through, but the trains that shake the house also shake Wendy’s imagination, offering a tantalizing promise of … somewhere else.

One night Wendy sees the cloaked figure of a boy running across the top of the train cars, and she leaps onto the train herself, followed by her brothers. The boy on the train is named Peter, and before long he’s taken them to a volcanic island populated by feral children who refuse to grow up.

Of course, it’s not that simple. There are antagonists, pirates of sorts and riffs on themes and events from “Peter Pan,” all whipped up into a glorious frenzy with clear echoes of “Beasts of the Southern Wild.” Like that film, this one is loose, lyrical and wild, and at its center is a young girl who utterly commands the screen.

“All children grow up,” the voiceover says at one point. “But some — the wild ones, the ones with light in their eyes — just escape.” Devin France, who was seven when Zeitlin cast her and nine when she made the movie, has that light; you can’t take your eyes off her, except that Yashua Mack, who plays Peter, is a hugely compelling presence of his own.

“Beasts” was conscious of the power of storytelling: At the end of the film, its lead character declared that after her death, “scientists of the future (are) gonna know: Once there was a Hushpuppy, and she lived with her daddy in the Bathtub.” But “Wendy” is even more devoted to the impact of story and legend: Its characters continually tell their own stories as they live them, and that phrase “once there was… ” pops up in numerous voiceovers.

If Zeitlin is infatuated with the act of storytelling, he’s also very good at it. “Wendy” was one of two Sundance movies that riffed on “Peter Pan,” the other being Brenda Chapman’s “Come Away” — but where that film reached for magic but ultimately felt like a catalog of “Pan” and “Alice in Wonderland” references, “Wendy” both honors its inspiration and creates something original.

Maybe some people will think Zeitlin is revisiting the style and themes of “Beasts” a little too closely, but that movie was thrilling and so is this one. And as it plays out, as the “Peter Pan” connections slip into place and as the action slides into the realm of myth, “Wendy” becomes its own creation, both exhilarating and deeply moving.