Wendy Williams is again under fire for a segment viewers found distasteful.

On Wednesday, the daytime talk show host introduced a segment on 19-year-old TikTok star Swavy’s death by complaining that he had more TikTok followers than she does, but noting he didn’t eclipse her on Instagram.

“I have no idea who this is. Neither does Norman. Neither does one person in this building,” she said before commanding her audience to clap. 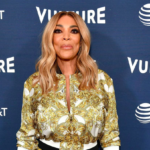 When a light smattering of applause broke out, she amended her instructions: “Clap if you know who Swavy is.”

The clapping stopped, which is when Williams moved on to a minute-long discussion of the social media following of the digital star, also known as Matima Miller. She didn’t appear impressed that her Instagram had more followers than his, noting that her son believes no one uses that app anymore. Finally, after about 57 seconds of discussion of her own social media stats, Williams turned to a photo of the young dancer and said matter-of-factly, “Here he is. He’s 19 and he was murdered Monday morning.”

Her in-studio audience attendees gasped behind their masks.

A clip of the moment was posted to Twitter Wednesday but really started getting attention Thursday. By Friday morning, Williams was a trending topic on the site as viewers expressed their disbelief over her handling of the segment.

“I have watched soooo many hours of Wendy Williams and for the life of me I can never predict when she does something like this,” said writer Sarah Hagi.

There were numerous calls to cancel Williams, whose show is in its 13th season.

A representative for the program did not immediately respond to a request for comment.