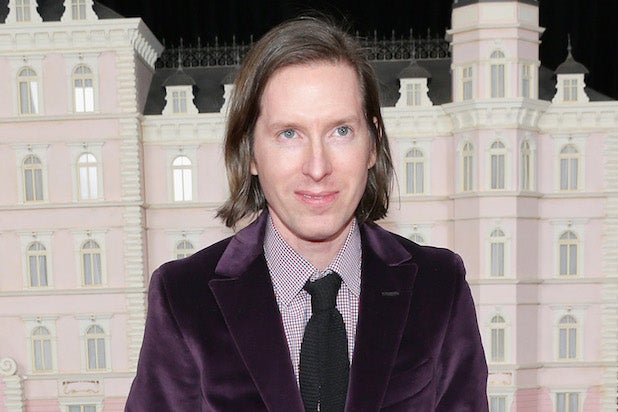 Wes Anderson was so concerned with getting every little detail exactly right in “Grand Budapest Hotel” that he made an early, animated version of the picture before production on the star-studded period caper ever began.

“He had, I think developed from having done ‘Fantastic Mr. Fox,’ an animated version of the movie,” Jeff Goldblum, who co-stars in the film, told The Wrap this week. “It was a beautifully animated version of the whole movie, with all the cuts as they pretty much I think wound up to be. And he voiced all the characters. He called it animatics. I had it on my computer, you could see the whole movie.”

Always known for his meticulous art direction and camera movements, Anderson tops himself with “Hotel,” which exists in a sort of fantasy world version of early 1930’s Eastern Europe. It was inspired in part by the writing of Austrian author Stefan Zweig, once a renowned novelist, and classic period films like Edmund Goulding’s “Grand Hotel” and works by Ernst Lubitsch. In order to prepare his actors, Anderson also provided a small library’s worth of films to study.

“We all stayed together in this hotel, we kind of took over in Görlitz, a very fairytale enchanted winter camp experience, and he had a room that we could all go into and he had a stack of DVDs of movies, that were also an inspiration for the tone and sensibility,” Goldblum said. “A bunch of Lubitch things and a bunch of things I’ve never seen, like ‘To Be or Not to Be’ or ‘The Mortal Storm,’ ‘Shop Around the Corner,’ ‘Grand Hotel.’ And Bergman’s ‘The Silence,’ which is a surreal experience in a big hotel.”

As for whether anyone in the general public who wants to see that pre-production animation Anderson put together, Goldblum thinks there might be hope.

“Willem Dafoe even said to Wes, you should release this,” he reported. “You may see it on the DVD extras.”