It’s another weak opening for a movie musical in 2021, as 20th Century Studios’ “West Side Story” has earned an opening of just $10.5 million from 2,820 locations, below projections of a mid-teens launch and the $11.5 million opening of the summer musical flop, “In the Heights.”

Like “In the Heights,” Steven Spielberg’s adaptation of the Broadway and Hollywood classic has won over movie critics and musical buffs alike with an A on CinemaScore and Rotten Tomatoes scores of 93% critics and 95% audience. The demographic breakdown has also played out as expected, with 54% of moviegoers being over 35 and 57% female.

Older audiences, and especially older women, have been slower to return to theaters due to COVID-19 concerns, which has been a problem this year for films that cater to that crowd like the Aretha Franklin biopic “Respect.” Disney, which is distributing “West Side Story” after inheriting it from the 20th Century Fox acquisition, is banking on the film’s strong word of mouth turning it into a holiday sleeper across age groups.

That is exactly what happened with two recent holiday musicals: 2017’s “The Greatest Showman,” which legged out to $174 million after a 6-day opening of just $19 million, and Disney’s own “Mary Poppins Returns,” which opened to $15.5 million on Christmas week 2018 and went on to gross $172 million domestic.

But to do this, “West Side Story” will have to maintain a foothold in the minds of moviegoers even as two major blockbusters, “Spider-Man: No Way Home” and “The Matrix Resurrections,” are released over the next two weeks. Both films could dominate the 18-35 demo and, especially in the case of “Matrix,” could also pull in much of the Gen X holiday crowd. That may leave “West Side Story,” despite the acclaim and Oscar buzz, struggling to pull in moviegoers as those most interested in seeing it wait for its release on streaming.

The launch for “West Side Story” was so poor that it almost lost the No. 1 spot to the third weekend of fellow Disney release “Encanto,” which is estimated to gross $9.4 million this weekend for a running domestic total of $71.3 million. In a year where most animated films have either released day-and-date on digital platforms, that figure is enough to make “Encanto” the highest domestic grossing animated release of 2021. 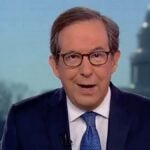 Also opening this weekend is the STX sports film “National Champions,” a drama that tackles the issue of pay for college athletes. The film grossed $300,000 from 1,197 screens ahead of its digital release in early January timed to the real-life college football national championship. The film has a 60% critics score and 82% audience score on Rotten Tomatoes.

In limited release, MGM’s “Licorice Pizza” continues its strong run with $176,349 — a weekend drop of just 27% — for a per theater average of $44,000 and a total of $1.1 million through three weekends. The film is still continuing its platform run of just four screens in New York and Los Angeles along with Saturday night preview screenings in several cities.

Amidst the strong word-of-mouth, United Artists has decided to cut down the theater count for the Christmas Day expansion of “Licorice Pizza” to 800 screens, hoping to use the strong audience word of mouth to expand the film further in early January. The Paul Thomas Anderson film has a critics score of 92% and an audience score of 98%.