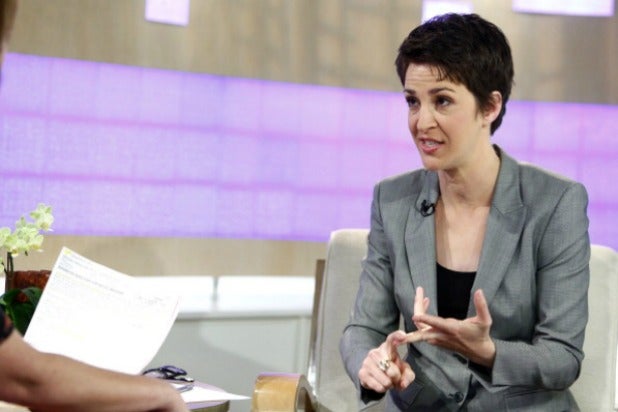 The Writers Guild of America East is calling on the liberal hosts at Comcast-owned MSNBC to support their campaign against Comcast and NBCUniversal.

Workers at NBCU-owned Peacock Productions are expected to deliver more than 10,000 petition signatures to MSNBC’s primetime hosts today, urging them to speak out against the company. The letter, backed by the AFL-CIO and MoveOn, addresses hosts include Rachel Maddow, Lawrence O’Donnell, Al Sharpton, Ed Schultz and Chris Hayes.

WGAE says Comcast’s behavior will only get worse if the government approves its bid to take over Time Warner Cable.

The writers-producers at Peacock Productions say Comcast has stalled their attempts to form a union for a more than a year. They say Comcast is trying to have it both ways by refusing to recognize their right to organize while profiting from progressive programming.

NBCU says it’s more complicated than that, and that the National Labor Relations Board is addressing the issue.

“MSNBC’s anchors are fearless advocates for our nation’s working-class families–night after night, they stand up to corporate greed, corruption, and wrongdoing. It is essential that they hear what people employed by the same corporation have to say about their own workplace struggles” said Lowell Peterson, executive director of the Writers Guild of America, East.

The National Labor Relations Board directed a secret-ballot election in June, but the union says NBCU has had those ballots impounded while it appeals.

NBCU contends that Peacock producers’ supervisory authority excludes them from unionizing under federal labor laws, and from voting in the election. It said the NLRB had agreed to review the case, and that it was the NLRB that had the ballots impounded, as part of its review process.