The Writers Guild of America on Friday instructed members to immediately stop all work with “Resident Evil” production outfit Constantin Films, due to an ongoing dispute with the German-based company over foreign residuals.

“We are writing to alert you that effective immediately WGA members are prohibited under working rule 8 from working for Constantin Film Development Inc. (Constantin), which is not signatory to the 2020 MBA” read a letter to members sent Friday and obtained by TheWrap.

“The guild has an ongoing serious dispute with Constantin because of its refusal to pay residuals for most foreign reuse. Constantin has also failed to pay pension and health contributions for some writers,” the letter continues. 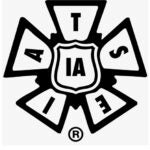 “It is crucial that Constantin be prevented from undercutting writers’ standards and conditions. While the guild is working to resolve this situation as soon as possible, until then Constantin cannot be allowed to benefit from writing services provided by WGA members,” the letter concludes.

On Saturday, Constantin issued a statement claiming that it has paid “all WGA fringe payments” and will begin arbitration on Monday, November 1, over their remaining issues.

In a statement to TheWrap, Constantin Film said that it “has paid, and the WGA Plan has accepted, all WGA fringe payments.”