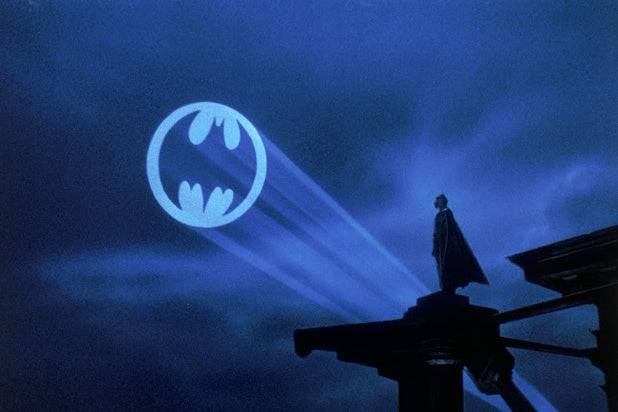 In what is probably the biggest development for the DC Extended Universe (aka the DC Comics movieverse), Michael Keaton is in talks to return the role for which he was best known: Batman. It’s a surprising development for a universe of films that already has two Batmans. But the way that Warner Bros is bringing him back could provide the studio with a way to sort of reboot this franchise, which has been without any sort of narrative center since 2017’s “Justice League.”

Keaton will make his return as Bruce Wayne in the long-delayed “The Flash” movie, which makes so much sense. You may recall that at San Diego Comic-Con in 2017, Warner Bros announced that the Flash film would be called “Flashpoint.” The planned film no longer has that title, but will still be based in part on the “Flashpoint” comic.

Back in 2017, as rumors mounted that the DC films would be moving away from Ben Affleck’s version of the Caped Crusader, we wrote that a “Flashpoint” movie, which would involve time travel and alternate universes, would allow them to recast the character without starting over from scratch on this whole film universe. And that’s still true!

But clearly we didn’t think big enough back then. Bringing back Keaton this way could allow Warner Bros to turn the frustrations with the state of the DCEU into a long-term win. And they could even use this to bring the Snyder Cut of “Justice League” into the DCEU canon.

So how would this work? Well, let’s talk about the “Flashpoint” comic for a second. That story saw the Flash himself, Barry Allen, attempt to use time travel to save his mother — who died when Barry was young. The Flash can time travel thanks to his incredible speed and the “Speed Force,” which is what gives Barry his powers.

But when Barry makes his journey to the past, he screws it up. His actions change the past and spawn an alternate universe. It’s kinda like when Biff from “Back to the Future” went back to 1955 and gave himself the sports almanac. And in this version of the world, Bruce Wayne is dead and the Batman is actually Thomas Wayne, Bruce’s father.

From there it all gets pretty complicated, but the the Flash teams up with other heroes to try to fix the timeline and the end result was sort of a reboot of the DC Comics universe with what was called the “New 52.” You can read more about it here.

Also Read: Every DC Comics Movie Ranked From Worst to Best, Including 'Birds of Prey' and 'Joker'

This was not the first time DC dealt with the multiverse. In fact, the comics giant had been doing multiverse stuff for decades by then. DC’s multiverse grew from a need to fix major narrative problems the company’s writers were experiencing by the early 1960s.

The first was the vast discrepancies in the history of characters like Superman, Batman and Wonder Woman. Created in 1938. ’39 and ’41 respectively, their comics were consistently in print, but they had frequently been reinterpreted to fit constantly changing attitudes about comics. The most notable example was Batman, whose comic was originally influenced by noir, but by the late 50s was extremely campy.

The second problem was that several characters also created during the first superhero comics boom of the World War II era were canceled after superhero comics largely fell out of popularity in the late 40s, most notably the original versions of The Flash and Green Lantern. In the late 50s, both were reimagined as entirely new characters who, just like their predecessors, knew and fought alongside Superman, Wonder Woman and Batman. Confusing things further, in the new Flash’s case he was inspired by his childhood hero, the original Flash, who was established as a fictional comic book character in his world.

A 1961 issue of “The Flash,” called “Flash of Two Worlds” fixed this problem. The new Flash, Barry Allen, accidentally travels to another universe’s Earth where he meets the original Flash, Jay Garrick. Barry learns that this world, which he calls “Earth 2,” is where the World War II incarnations of all DC characters had actually lived. Earth 1 meanwhile was the home of the then-current versions of DC’s characters.

By the 1980s however, the sheer number of changes DC characters continued to go through — see Batman in 1962 vs Batman in 1979 –expanded the multiverse to the point it was no longer easy to keep up with various continuity snarls. DC fixed that problem with a massive crossover event, 1985’s Crisis on Infinite Earths,” which merged everything into a single universe and started over, notably rebooting “Superman” with a new origin story and resetting his comic to issue #1.

It’s not difficult to imagine that DC would try to do something similar now with its film universe. While having a multiverse in a huge superhero franchise might have seemed crazy a few years ago, Marvel introduced the multiverse concept in its films with “Avengers: Endgame.” Considering how much money that movie made, it looks like audiences can handle it. And for DC, there are endless possibilities with the multiverse.

For one thing, it’s a way for Warner Bros to keep all the parts of the DCEU that people like (like “Wonder Woman” and “Aquaman”) while also rebooting the parts of it that haven’t panned out. Basically, they can reboot things without actually tearing down the franchise and starting over. On top of that, all the DC movies that aren’t part of the DCEU could retroactively be added to it. Think about it: if Keaton’s Batman in in the DCEU, then that would in turn put both of Tim Burton’s “Batman” movies in the DCEU as well.

And the Snyder Cut! These multiverse shenanigans could make it so that both Joss Whedon’s and Zack Snyder’s versions of “Justice League” are a part of the DCEU canon. Without the multiverse, that would absolutely not be possible because the two versions contradict each other.

Likewise, they could bring Joaquin Phoenix’s Joker into the DCEU, or Ryan Reynolds’s Green Lantern, or Halle Berry’s Catwoman. Or, while we’re dreaming, Christian Bale’s Batman.

And it’s certainly possible that the DCEU could start to cross over with DC’s television shows. There’s actually already been a little bit of this already with the CW’s version of the “Crisis on Infinite Earths,” which not only briefly brought Ezra Miller’s Flash together with Grant Gustin’s version of the character, but also brought back Brandon Routh’s version of Superman.

And yeah, the logistics of all this might be complicated. That’s why we don’t really wanna get to deep into how they could bring the “Justice League” Snyder Cut into the canon. We could spend all day formulating theories, but we’d probably be wrong about how it will work. This is one of those things we’re just going to have to watch over time to see how it plays out.

Regardless, the possibilities are inarguably endless, but we should be clear that we can’t know yet how far Warner Bros and DC will take this. For now, we just know that Michael Keaton’s Batman will cross over from his standalone movies into this shared universe. What they choose to do after that remains to be seen.

Maybe they’ll explore the multiverse further, and maybe it’ll be a one-time thing. Right now, it could very well be that nobody knows for sure what will come next.