Ask me to describe my sense of humor and I can answer in six words: “What We Do in the Shadows.”

While I have a deep affection for the feel-good Emmy champ “Ted Lasso,” which makes me chuckle and cringe, the supernatural mockumentary about vampiric roommates living the undead lifestyle in Staten Island makes me laugh out loud and snort milk out my nose. It isn’t pretty.

Now premiering in its fourth season, the 10-time Emmy nominee and spawn of the 2014 feature from New Zealanders Taika Waititi and Jermaine Clement, is a show that can be watched in an endless loop. The FX show’s a combination of slapstick, zingers and situation comedy, Marx Brothers meet “The Munsters,” that, like its main characters, is undead on arrival. The season’s showrunners, Stefani Robinson and Paul Simms, who began as writers on the first series, never flag, keeping the fun factor high and the vampire dick jokes flowing.

When we left our Staten Island roomies at the end of Season 3, Nandor (Kayvan Novak), Nadja (Natasia Demetriou), and the familiar who would be a bloodsucker Guillermo (Harvey Guillen) had left the fifth borough for Europe and points beyond. Keeping the home fires burning are Laszlo Cravensworth (Matt Berry) and the creepy fast-growing baby-like creature that shot out of the chest of the late Colin Robinson (Mark Proksch). 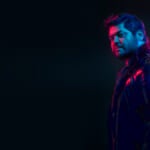 Also Read:
With ‘What We Do in the Shadows’, Harvey Guillén Finally Feels Seen: ‘We Are All Guillermos’

The delightful Kristen Schaal (“Bob’s Burgers”) sees her role as The Guide expand to meet her talent, and 2009 “American Idol” finalist Anoop Desai joins the cast in a recurring role. He plays Djinn, one of those lamp genies whose wish-giving always throws the master, in this case Nandor, a curve to their desires. (Hat tip to the nearly-forgotten, woefully remade Peter Cook – Dudley Moore classic “Bedazzled.”)

In Episode 1, the gang reunites, only to find that their Staten Island mansion has fallen into dangerous decay and ruin. The basement’s flooded, the gas is leaking, fallen trees booby-trap the foyer and ivy covers the bannisters. As someone who owned a Brooklyn Victorian row-house, I feel their pain and smell their mold. The bits where everyone in the cast at one time or another, in flagrante or out, falls through the floor into the primordial ooze is a horror that’s all too real – and could only use rust-colored palm-sized cockroaches to add to the verisimilitude.

Laszlo, feasting on gas company employees seeking the leak’s source, has turned to television fix-it shows as balm and inspiration. They also have a calming effect on his hyperactive, fast-growing ward, who he’s committed to raising so as not to grow up to be a boring energy suck like his old man. Good luck with that!

Berry, perfectly cast, is both buffoon and everyman, whether trying to lure wife Nadja into bed after a long absence, or quietly reading Truman Capote’s “In Cold Blood” to Baby Colin Robinson at bedtime.

As to Nadja and Nandor, they continue chasing bigger dreams. The former is intent on launching the finest eponymous vampiric night club in the five boroughs. She’s manic in her pursuit, and kills it with scenes as a club owner busting a union of passive-aggressive wraiths, sparring and scheming with Schaal’s OCD guard, or encouraging a reticent rapper and slave to his familiar to return to the stage to perform his classic “Neck Juice.”

Nandor the Relentless, following a relatively disappointing eat-pray-love walkabout, sets his sights on love and a wife to spackle the loneliness that accompanies his longevity.  When the 750 year-old Iranian convinces himself that his one soul mate exists in the harem of 37 he owned in his Ottoman Empire prime, his quest becomes a deadly bisexual elimination reality show. A scene where Nandor mischievously preps lobster to woo his scheduled date, shout out to Woody Allen’s “Annie Hall,” ends in the beloved fleeing the building to her death. To quote Nandor: “oopsy.”

Matters of life and death have rarely seemed so absurd. Rather than draining my energy, the character-driven comedy pumps me up. With four episodes in, all the endings land in a tight 25-minute format. From the individual bits –the physical humor, one-liners and tap dancing – to the episode arcs, “What We Do in the Shadows” remains my favorite dysfunctional family vampire comedy ever.